Shocking state of Laois school raised with Minister for Education 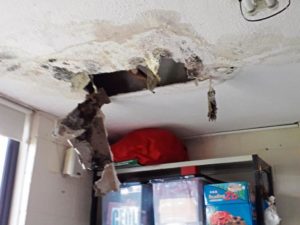 SHOCKING conditions at a school in Abbeyleix have been raised with Minister for Education Norma Foley.

Following the meeting, Minister Fleming said: “First of all, I want to acknowledge the excellent case made by school principal Aidan McEvoy and Willie Swayne, chairperson of the board of management, in the detailed briefing note that they provided for discussion with the minister.

“This note on the dreadful state of conditions in the school dealt specifically with the roof system, sewerage system, insulation in the school building, the electrical system and serious and ongoing damp and mould issues in the school.

“I outlined the patchwork job that her officials had only allowed to be completed during the summer and highlighted that it was a view of the school that it was an actual waste of taxpayers’ money because a proper re-assessment of the whole school should have been looked at.”

Minister Fleming said: “We have the unusual situation that sometimes an engineer comes from the Department of Education to see what is done and they have said, and I quote: ‘I’m only here to look at the roof, I’m not looking at the sewerage system or the rooms. A separate engineer will come back and look at another aspect.’

“There has been no proper joined-up examination of the need for a new school or a total refurbishment of the school by officials in the Department of Education. This is why I met directly with the minister and she has given an undertaking to have the matter fully examined and reported back to her.

“I want to assure everyone involved with the school that this is a top priority for me in my dealings with the Department of Education and I will report back as soon as I have further information on this matter.”