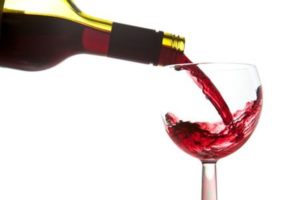 A PORTLAOISE man claimed he had no recollection of breaking a locked door at a local hotel and stealing property, as he had consumed too much of “the devil’s blood” on the night.

At Portlaoise District Court last Thursday, the 27-year-old pleaded guilty to criminal damage at the Killeshin Hotel, Portlaoise on 2 December 2019.

He took alcohol worth about €157 from the hotel bar and other items to a value of €350, including a set of keys and a walkie-talkie. He also caused €600 worth of damage.

Defence barrister Suzanne Dooner said her client’s relationship with his girlfriend had broken down at the time. He did not remember the incident as he had been intoxicated.

The barrister said the man had described alcohol as “the devil’s blood”. He had €150 compensation in court and a letter of apology.

The matter was adjourned for the balance of €800 compensation to be paid.

Read full details of this and other cases in the next edition of the Laois Nationalist, out on Tuesday 24 November. In the case of minor offences, defendants’ names are printed in the newspaper, not online.