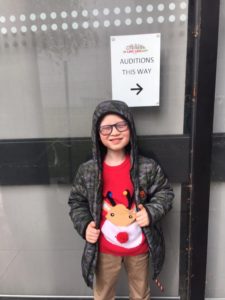 A LAOIS schoolboy did the county proud, as he helped the Late Late Toy Show raise an incredible €6.2m for children’s charities.

Eli McGlynn (7) from Camross waved cheerily from a convoy of toy cars, as he expertly manoeuvred a Desert Commander 4-wheel drive across the famous Late Late stage on Friday night.

Clearly impressed, host Ryan Tubridy commented on Eli’s amazing helmet, as the new TV star sped past with a delighted wave to the cameras.

It was an unforgettable weekend for the Camross NS senior infant pupil, who set out for Dublin on Thursday night with his proud mam Collette, a nurse at Portlaoise hospital.

It was just the beginning of a big adventure, as they enjoyed an overnight hotel stay before setting off for the RTÉ studios in Donnybrook.

Eli’s granny Maud and granddad Frank McGlynn, the well-known former Laois GAA football referee, were among more than a million viewers cheering him on, as well as his delighted classmates, teachers, friends and other relatives.

Eli and his family can feel very proud after his confident debut TV appearance on the beloved show, which raised a remarkable €6.2m for children’s charities even before the repeat broadcast on Saturday night. With donations still coming in, the final figure could be enormous.

All funds raised will be distributed by The Community Foundation for Ireland, with half to be shared by Barnardos, the Children’s Health Foundation and Children’s Books Ireland. The other half will be allocated in grants to charities supporting children throughout the country.

Overwhelmed by the generous response, an emotional Ryan Tubridy said the appeal was launched “to spread the Toy Show magic across the year to children who need it most”.

He told viewers: “Every year on the Toy Show we are inspired by children across Ireland, with stories of hope, resilience and triumph over adversity. In this exceptional year, we have been moved by the generosity of the children of Ireland, as they have looked out for one another and those less fortunate in their communities.” 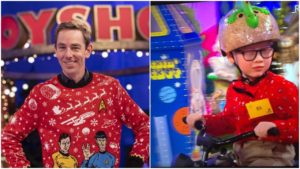