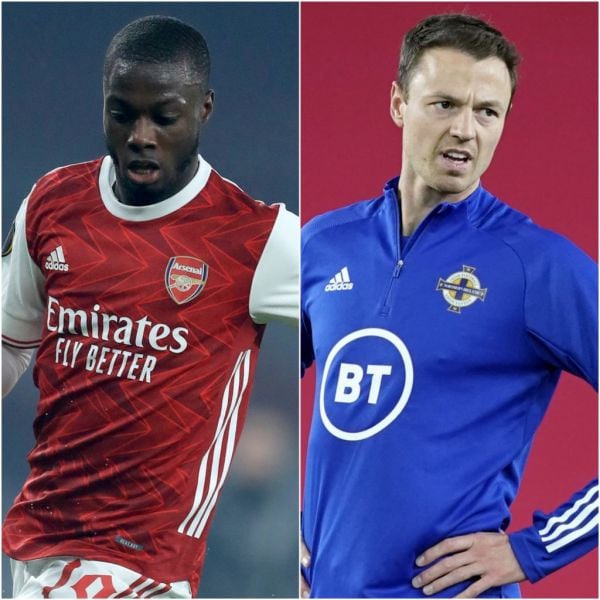 Speculation around Nicolas Pepe’s future at Arsenal continues to grow, with reports suggesting he could be an early victim of the Gunners’ disappointing start to the season. According to the Daily Star, club bosses now believe they paid too much for the 25-year-old winger, who was signed from Lille in 2019 for a club-record £72million fee, and are willing to sell him as soon as a suitable buyer is found.

The Sun reports Manchester United are considering a return for former player Jonny Evans. The Leicester defender, who left Old Trafford in 2015 to join West Brom, is believed to be viewed as an option to help shore up the Red Devils’ shaky defence.

The paper also says Lautaro Martinez is believed to be demanding a hefty sum to stay at Inter Milan amid strong interest from Manchester City. The 23-year-old striker is reportedly seeking more than four times his current £38,000-a-week salary to commit to Inter as City boss Pep Guardiola views Martinez as a top contender to replace Sergio Aguero.

Staying with Leicester, Barnsley are reportedly intent on extending midfielder Matty James‘ loan spell beyond January. According to the Leicester Mercury, the 29-year-old has seriously impressed club bosses this year, with the Tykes desperate to retain him beyond his current loan deal.

Perr Schuurs: Dutch website Voetbal Primeur reports the Ajax defender has been linked with Liverpool, though the Reds are yet to make a bid.

Stefan Savic: Juventus may make a move for the Atletico Madrid centre-back to help bolster their defence, according to Italian publication Calciomercato.