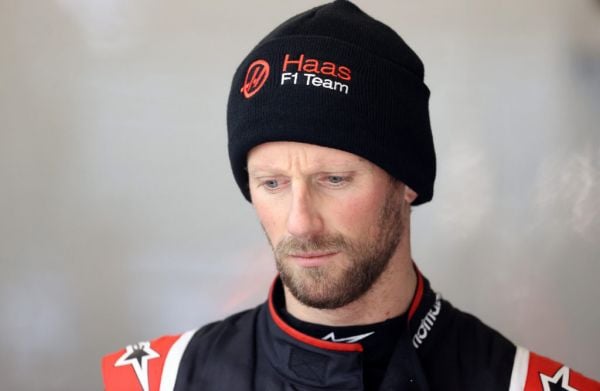 Romain Grosjean has been ruled out of this weekend’s Sakhir Grand Prix following the burn injuries sustained in his terrifying 140mph fireball crash.

Grosjean’s Haas team said treatment on the Frenchman’s hands following the harrowing accident at Sunday’s Bahrain Grand Prix is “going well”, but that he will spend another night in hospital.

The team said it is anticipated that Grosjean (34) will be discharged on Tuesday.

He will be replaced by the team’s Brazilian reserve driver Pietro Fittipaldi this weekend on the outer loop of the Sakhir Circuit in Bahrain.

The 24-year-old, who is the grandson of double world champion Emerson Fittipaldi, will be handed his F1 debut.

Grosjean’s participation at the season-concluding race in Abu Dhabi a week on Sunday, which is set to be his last in the sport, is uncertain.

“Romain Grosjean is continuing his convalescence at the Bahrain Defence Force (BDF) hospital having remained there overnight following Sunday’s incident at the Bahrain GP,” the Haas statement said.

“Treatment on the burns Grosjean sustained on the back of both his hands is going well. Grosjean was visited by Gunther Steiner, team principal of Haas F1 Team, on Monday, and it is anticipated he will be discharged from the care of the hospital on Tuesday, December 1st.”

Steiner said: “After it was decided that the best thing for Romain was to skip at least one race, the choice to put Pietro in the car was pretty easy. It’s the right thing to do and it’s obviously a good opportunity for him.”

Fittipaldi added: “Importantly I’m happy Romain is safe and healthy. We’re all very happy his injuries are relatively minor after such a huge incident.

“Obviously, it’s not an ideal set of circumstances to get my first opportunity to compete in Formula One, but I’m extremely grateful.”

Speaking from his hospital bed just hours after surviving the most dramatic accident of recent memory, Grosjean credited the sport’s controversial halo device with saving his life.

The French driver’s car split in two and burst into flames after he pierced through a steel barrier at 137mph following a collision with AlphaTauri’s Daniil Kvyat.

Grosjean scrambled to get out of his burning wreckage for almost half a minute before leaping to safety.

The force of the impact registered at 53G, but Grosjean escaped with just minor burns to his hands. He was airlifted to the BDF Military Hospital, 10 miles north of the Bahrain International Circuit.

The halo device – a three-pronged titanium protection system which sits above the driver’s head and was introduced in 2018 – played a prominent role in the Frenchman’s remarkable survival.

Grosjean had been sceptical about the introduction of the halo, but on Sunday night, with both his hands in bandages and tubes monitoring his vital statistics, he said: “I wasn’t for the halo some years ago but I think it’s the greatest thing that we brought to Formula One and without it I wouldn’t be able to speak to you today.”