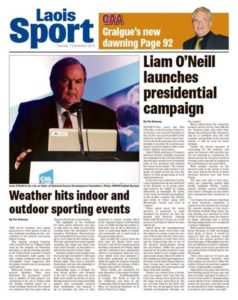 LIAM O’Neill, principal of Trumera National School, formally launched his campaign for the GAA presidency when he gave an interview on national radio and outlined his vision of the future. The secretary of Laois County Board and Leinster GAA chairman spoke at length of how he saw the future of GAA progressing at local and national level.

This same week the Arctic weather once again played havoc with sports events resulting in the cancellation of all outdoor and many indoor events the Leinster club football final due to be played in O’Moore Park.

In his report to the 2010 county convention County Secretary Niall Handy called for a revamp of the All-Ireland championship qualifier system. He also suggested a reduction in the number of senior club teams in the county. 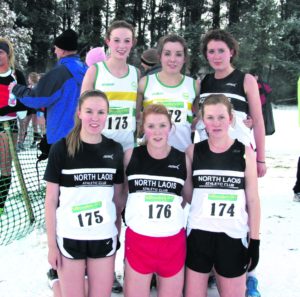 The Laois girls team, bronze medallists at the All-Ireland inter-counties in Derry

On a bitterly cold and snowy day several North Laois A.C. athletes made the long trek to Derry to compete in the All-Ireland inter-counties. These included David Mulhare, Chris Finn, Patrick Conroy, Michael Dalton, Sean Culleton, Mary Mulhare, Mary Campbell, Breda and Kate McDonald. Last up on the day were the two Mulhare brothers Dan and Michael who were running the senior and u/23 races, respectively and who finished third in both categories to earn themselves automatic qualification for the European Championships. 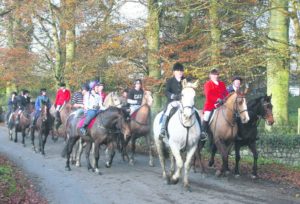 Weather conditions were perfect for the North Laois Trekking and Cross Country Club’s charity horse ride in aid of Rath National School. There was a wonderful turn out at the Fisherman’s Inn in Fisherstown, Ballybrittas, with over 100 horses taking part in what was a very exciting outing for all the riders and spectators. 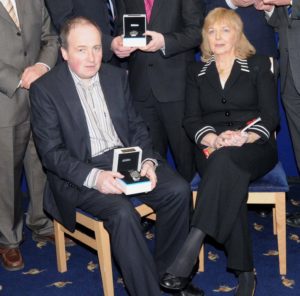 In 2009 ago when ‘Top Honcho’ was honoured as the Irish Greyhound Review Stud Dog of the Year for the eighth time the question was could he possibly make it nine in 2010?

Well, he went mighty close and for the first time these awards ended up with a tied result between the legendary ‘Top Honcho’, ‘Crash’ and ‘Brett Lee’. It was the first time the tie-breaker had to be employed and ‘Crash’ was declared the winner as he had topped two of the three categories.

The ‘Crash’ accolade extends the remarkable record for the Frightful Flash Kennels in Portlaoise who have now landed this award for the ninth year on the trot and a 12th time in all. For John and Michael Dunne it means that the only years they have missed out since 1997 were in 2000 and 2001.

Jason McCalmon piles on the pressure in his victory over James Tucker Photo: Lee Darling

Jason McCalmon made it two wins from two after he comfortably out pointed Jamie Ambler in Huddersfield. The super-middleweight, who was brought up in Rosenallis by his Irish mother, took apart James Tucker inside of four rounds. 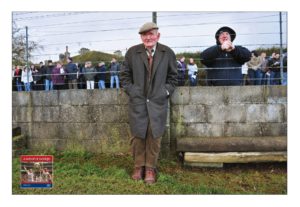