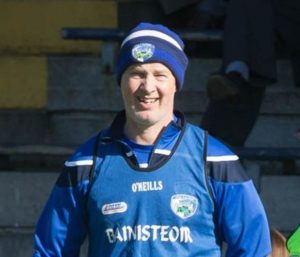 Backboned by the 2018 All-Ireland minor championship winning team, Galway travelled to O’Moore Park on Friday night as one of the front runners for U/20 hurling honours this year. For a young and inexperienced Laois team to come anywhere close to competing with them would require ideal preparation, and Covid-19 allowed for far less than that – that was the view of Laois manager Enda Lyons as he reflected on a 26-point win for his native county.

“We haven’t trained at all. If there was a rule to be abided by, we abided by it. When we came back this time, we trained three times and then we played Galway. The plan was to play Offaly and to play other challenge games but it didn’t happen,” was his summary of what happened since the second lockdown.

The Ballinasloe native argues that for Laois to compete with these elite counties, more inter-county activity is necessary.

“The level these boys play at, in their league, is way off inter-county so it’s vital that we get either development squads or county panels and play other counties,” Lyons said.

“These boys played Carlow, that’s the only game of hurling these boys played. That’s no preparation for Galway, though it’s nobody’s fault this year. We gave them a bit of a programme to do, they did their best, it is a lonely station to be working on your own. But then we came back in, trained three times, and what happened out there was the result of that because we needed games to sharpen things up.”

“I’d be disappointed obviously, you don’t like losing and not in that fashion, but you have to be realistic. I wouldn’t be nitpicking, we’re not at that level, but we have young lads out there and they got a taste of it today, they probably saw that they’re not a million miles away, just that the mistakes we make are turned over into scores and that’s what happens when you play a quality team.”