Laois are no match for rampant Galway 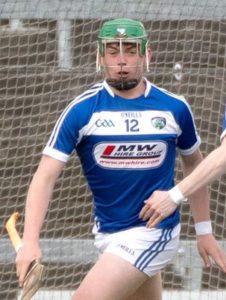 IT can have come as no great surprise that Galway had far too much in the tank for Laois when the counties met in the Leinster under-20 hurling championship quarter-final at MW Hire O’Moore Park on Friday evening.

Laois made a game of it early on but when you are up against a county that has won the last three All-Ireland minor titles it was inevitable that the gaps would soon appear no matter how gallantly Laois tried to stem the flow.

And as if the task was not fearful enough, Laois’s hopes were not helped by the fact they lost corner-back Aaron Gaughan and corner-forward to Tomas Keyes to injury in the opening quarter.

From the time Donal O’Shea shot Galway’s opening goal, he went on to account for 2-7 of his side’s tally, the writing was on the wall.

Credit to the young Laois players they battled heroically right to the final whistle but Galway were simply in a different class.

Full report, interview and comment in this week’s edition of the Laois Nationalist out on Tuesday