‘There’s an 1850 number to call Irish Water. But you’d get through to the Joe Duffy Show quicker than you would to Irish Water’ – Councillor Conor Bergin 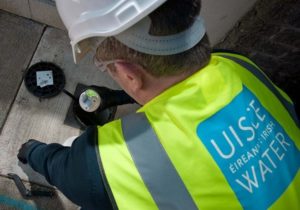 The issue arose at a recent meeting of the local authority during a debate on the water utility, when cllr Willie Aird issued an invitation to Irish Water to explain

Cllr Aird said: “It’s outrageous the money they are charging for connections. We in Laois County Council have to have a say in how much they are charging. I want to hear from them how they can justify the charges. Sometimes they just have to tap into an existing pipe in a housing estate that a developer has already put in.

“The amount they charge is ridiculous,” said cllr Seamus McDonald. “Sometimes they can charge up to €6,000 or €7,000 for a water connection. It’s absolutely shameful. They should come before us and explain their charges,” he said.

Cllr Caroline Dwane Stanley said: “Irish Water seems to be untouchable or unanswerable. They got €4.5 billion from the government in the recent budget. They have huge money. Now they’re charging people an astronomical amount of money looking for new houses. I’d love to see them come before us at a meeting to answer our questions.”

Cllr Pádraig Fleming said: “When housing estates are granted planning permission, it takes between two and three years before they are built. Come time to connect up the water to the houses they always seem to have a problem. But they’ve known for two or three years about these houses and then they still take another four or five months to connect the houses.”

Cllr James Kelly said: “We took a step backwards when we (council’s) lost control of water services. God, if we had them (Irish Water) here (at a council meeting), we’d crucify them.”

“Even before Irish Water was established,” said cllr Ben Brennan, “they were getting bonuses. I tell ya one thing, I’d love to have them come here (council meeting). But they won’t come.”

Cllr Conor Bergin said: “There’s an 1850 number to call Irish Water. But you’d get through to the Joe Duffy Show quicker than you would to Irish Water.”

Cllr John Joe Fennelly said there was a direct phone number for public representatives to get in contact with Irish Water.

“I always get a response when I ring the direct phone line,” said cllr Paddy Bracken. “It’s wrong to say you might as well be waiting as long to get through to the Joe Duffy show,” he said.

Cathaoirlech Catherine Fitzgerald said that Irish Water representatives do, in fact, meet the council every three months, adding: “I’m not always happy after meeting them, but we do meet with them.”

She said: “Irish Water is not here (at council meeting) to defend themselves, but we will look to see if they will talk with us.”

Cllr Aird said that his motion “has nothing got to do with any of the criticism levelled at them. I can’t see any Irish Water representative wanting to meet us if they feel that we are going to crucify them.”

Cllr Bracken said: “At the end of the day, it’s the staff at Laois County Council that has to work alongside Irish Water.”

Cllr Aisling Moran said: “They might answer their phones, but they give very poor service.”

Cathaoirleach Fitzgerald said that she will issue an invitation to Irish Water to meet the councillors in February.