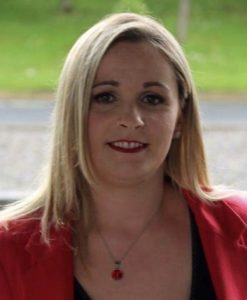 The Independent Dáil Deputy said she will be requesting the Minister Eamon Ryan, to provide an immediate update on the pre-Christmas commitments that he provided on the rollout of rural broadband in parts of Laois.

She went on to say: “The need to ensure reliable and high-speed levels of connectivity was beyond urgent given the levels of dependence on online work and trading that Level 5 restrictions have given rise to.

“Shortly before the Christmas recess I specifically asked the Minister if he would prioritise midland counties, specifically Laois and Offaly, for the roll-out of the next tranche of rural broadband.”

The Offaly based TD said: “As part of his reply to me Minister Ryan said that surveys had commenced in the areas around Portlaoise, Rossbaun, Borris-in-Ossory and Coolowley. He also clearly stated that surveying in townlands around Ballylinan were due to start in the first half of 2021.”

She demanded: “I want to know exactly what progress has been made on these surveys and how much closer these areas in addition to many other areas of the constituency are to the delivery of reliable broadband.”

“There are many towns and villages throughout Laois still without adequate broadband and this is impacting businesses, those working from home and our students who are now participating in online learning.

“Midland counties are already being disproportionately impacted by the pursuit of the decarbonisation strategy and the shadow of regional imbalance. We need high-speed broadband and we need it now so that we can try and tip the scales into a more fair and even economic balance,” said Deputy Nolan.