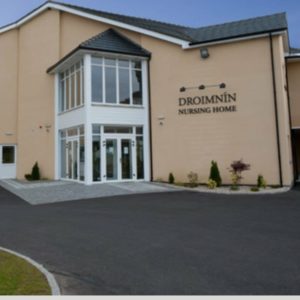 The latest sad deaths at Droimnín Nursing Home in Stradbally were confirmed this morning by Gearóid Brennan, chief executive of Brookhaven Healthcare that runs the home.

One resident passed away yesterday morning, while another death occurred last night.

Expressing his deepest sympathy to the families, Mr Brennan said the deaths are heartbreaking for everyone associated with the nursing home.

As of this morning, 50 residents have tested positive for the virus but the majority are asymptomatic. Six have tested negative. There were 65 residents when the outbreak began on New Year’s Eve.

A total of 35 staff have tested positive. It is hoped that some can start returning to work in coming days, when their isolation period ends.

The home has 75 staff and 40 have tested negative for the virus.