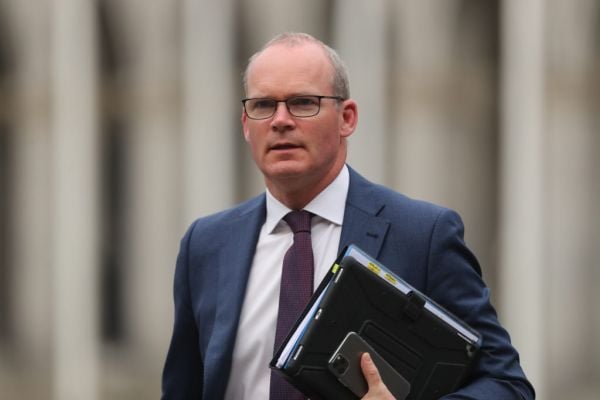 The Minister for Foreign Affairs has spoken about the difficulties of working with the former Trump administration, particularly on issues around foreign policy.

Simon Coveney said that while the Government had a “good and respectful” working relationship with the Trump White House, there were significant differences of opinion on policy approaches.

Addressing the Institute of International and European Affairs (IIEA), Mr Coveney said that US president Joe Biden’s administration has indicated it wants a “much warmer transatlantic relationship”.

“Regardless of who is in the White House, it’s the job of an Irish foreign minister and the Irish Government to ensure they have a good and functioning relationship,” Mr Coveney added.

Many thanks to Minister @simoncoveney for setting out #Ireland‘s #UNSC priorities this lunchtime.

“While we had a good and respectful working relationship with the Trump administration, it was difficult to work with a country that is a friend when they have a very different approach on fundamental issues that are contrary to Irish foreign policy and, quite frankly, an Irish value system.

“What we are seeing now is an administration with a very, very different outlook on the world and how it interacts with global politics.

“They are already signalling they want a much warmer transatlantic relationship and want multilateralism to work and want US leadership in the context.

“It is factually true that the approach of the Trump administration to foreign policy was one of effectively bilateral transaction-based politics, where if it was in the interests of the US, if it was America-first, then they proceeded with something, if it wasn’t, they didn’t.

“I think the Biden approach will be the opposite to that, to ensure that US influence is used to shape the world that is good for it.”

He also said that Ireland wants to help the US find its feet in the organisations it has left or disowned.

Mr Coveney was making an online address about Ireland’s priorities for the United Nations Security Council.

Ireland formally took its seat as an elected member of the UN Security Council three weeks ago.

Ireland won a temporary seat at the UN Security Council in June, competing against Canada and Norway for two seats.

Mr Coveney said international issues have been compounded by the coronavirus pandemic.

Concluding, Minister @simoncoveney says: “We are committed to being an active member of Council on all of these issues but also, we are not naïve.” pic.twitter.com/lGRaVsqFOa

“We face an uncertain global landscape, marked by tensions and regional rivalries, the unravelling of international arms control regimes; the threat posed by terrorist organisations and other non-state actors, and the global challenge of climate change, increasingly seen as a multiplier of conflict and instability,” he told the webinar.

“These challenges have been compounded by the coronavirus pandemic, and by an increasing scepticism in some quarters about the value of multilateralism.

“We, however, believe that the UN remains indispensable. We ran for election to the Security Council because we want it to succeed.

“We now have an opportunity to help push back against this tide and make a concrete contribution to the work of the UN at the highest level.”