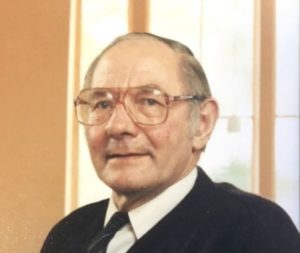 THE sudden death of Terry Connell, Vicarstown on Thursday 11 February caused widespread sadness throughout the county. Terry was a gifted footballer and played with Annanough, Laois and Leinster.

The highlight of his club career was when he helped Annanough to county championship success in 1951 and ’56. Terry won his first medal in 1949 when Annanough were crowned intermediate football champions but their first year in senior was to be a learning curve.

Then in ‘51 Terry was called into the Laois senior football panel. After victory over Westmeath it was Wexford who ended their provincial campaign. But Annanough were an improved team in that year’s championship and reached their first senior final facing Portarlington in O’Moore Park. Although they were underdogs Annanough took Portarlington by surprise and at full time the score board read Annanough 3-4 Portarlington 1-3. When Rexie McDonald blew the full time whistle there were some great celebrations.

Terry went on to play with Laois over the next eight years but the county failed to win even one game in those eight years. However, Terry remained loyal and in ‘59 Laois ended the famine beating Wicklow and then Offaly after a replay.

In the semi-final they beat Longford in Tullamore. Terry was an hour away from a Leinster medal and it was back to Tullamore for a meeting with Dublin. After a great first half Dublin took control and while Terry came on in the second half the title was city bound.

That brought down the curtain on his inter-county career but in between those years Terry lined out with Leinster in ’56 and ‘57 and he was the lone Laois representative in both those years.

Back in Annanough adding to their title was proving difficult. If they beat Portarlington in ‘51 they paid dearly suffering defeat in the final of ’54 and ‘55. 1955 was particularly disappointing because in the semi-final they looked impressive disposing of neighbours O’Dempsey’s 0-8 to 1-2 but Portarlington had five points to spare at full time.

The following year saw them open their campaign again against O’Dempsey’s and remember, this was knock out football. At half time Annanough trailed by three points and with time almost up still trailed by two. But in poor conditions they scrambled a last minute goal to reach the final again, 1-6 to 1-5.

After that Annanough improved and met surprise packets Park in the final who had put titles back to back in the early 1950s and were favourites for number three. However, this proved to be Annanough’s best ever county final display and well ahead at the interval they were well on their way to their second county title, this time captained by Tom Gorman.

Four years on and Annanough reached another final and one to forget. Their opponents were near neighbours The Heath. The sides met on two occasions before The Heath emerged victorious. For Terry that would be his last final.

Later he walked down the Aisle in Stradbally Church where he married Julie Miller of Rathcrea. The couple lived in Vicarstown all their life and enjoyed great health.

Last Thursday Terry, in his 91st year, took ill and passed away at home. Reposal was on Friday and on Saturday removal was to the Church of the Assumption, Vicarstown for Requiem Mass. Owing to Covid restrictions only family could attend but all along the route neighbours, former sporting colleagues lined the route observing social distancing. Later Annanough club lined the route observing strict social distancing as Terry was removed to Moyanna Cemetery for burial.