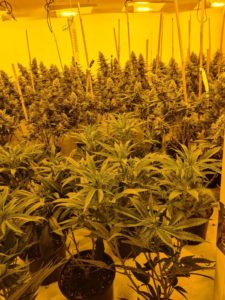 A 41 year old man was remanded in custody when he appeared at a special sitting on Portlaoise District Court this evening 20 February charged under Section 4 of the Criminal Justice Act 1984.

The charge follows the seizure of cannabis plants with an estimated value of €270,000.

Before the court was Phu Vu of no fixed abode.

The seizure of the alleged drugs took place on Friday morning 19 February at 8 Newline Close, Mountrath.

Garda Robbie McGrady told the court that when the charge was put to the defendant and cautioned, that he made no reply to the charge.

Counsel for Mr Vu, Suzanne Dooner under instruction from solicitor Barry Fitzgerald, said that her client was not applying for bail.

A Vietnamese interpreter assisted during the hearing.

Judge Catherine Staines remanded the defendant in custody to Cloverhill Prison to appear before Portlaoise District Court via video link on 26 February.