Survey on links between advertising and gambling in Laois 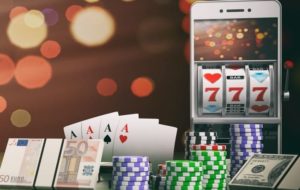 THE Labour Party representative in the Graiguecullen/Portarlington Municipal District Eoin Barry says he supports a ban on all advertising of gambling in Ireland.

Mr Barry made his comment after his party launched a survey in which it will gauge the effect that advertising has on gambling and on society.

Mr Barry said that the Labour Party has published draft legislation to end the link between entertainment and betting by banning the advertisement of gambling. If enacted, the Gambling (Prohibition of Advertising) Bill 2021, would ban all gambling advertisement in Ireland, divorcing the gambling industry from the everyday enjoyment of sports, politics and entertainment.

Mr Barry said: “Gambling addiction is a silent scourge across the nation, which is why the Labour Party has published legislation to address this national problem.

“In 2019, Ireland had the seventh highest gambling spend in the world at €9.8 billion (or €379.51 per head). Our legislation to #BeatTheAds will prevent unnecessary encouragement of gambling – banning all gambling ads across the media, on public transport, billboards and online outlets.

“The gambling industry has worked particularly hard to create a strong link in our minds between major sports events and betting. Watching a match, we are bombarded with reminders to download gambling apps, or put money on the final score. In broadcast media alone, 75.4% of sporting broadcasts show at least one gambling advertisement. In fact, gambling ads are the most common during sporting events televised in Ireland, and the 7th most common form of ad shown in general.

“This legislation is more important now than ever. There have been big changes in recent years in the ease with which people can gamble due to our smartphones. Whereas previously there was some limit to the damage that could be caused as a result of people having to go to betting shops, now anyone can gamble any amount of money on their phone in an instant.

“I know that this is a major issue in Laois and I hope that people take a couple of minutes to fill out the survey to help us understand the scale of the problem in our county.

“The stresses of COVID-19 have challenged the resilience and coping strategies of us all but particularly individuals with addictions who are finding it even harder to continue in their recovery and avoid relapse.”

Mr Barry said: “We are now asking the public to share their experiences of gambling and the targeted advertising that they receive from the industry. We want views on how we can break the link between the enjoyment of sports and betting once and for all.”

The public consultation survey is available by logging on here