Bust up continues between Laois councillor and Irish Water 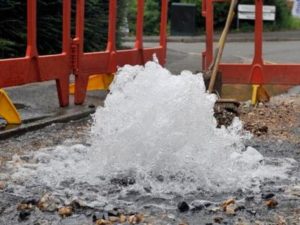 A councillor in Laois has taken issue with the explanation given by Irish Water as to why no advance notice could be given to residents in Portlaoise before their water supply was turned off due to a major burst along the supply line.

On Wednesday 3 February a burst occurred on the public network which affected the water supply to residents in Saint Brigid’s Place, Highfield Meadows, The Grange and the Borris Road areas in Portlaoise.”

At the Wednesday 17 February meeting of Portlaoise Municipal District Council meeting cllr Caroline Dwane Stanley claimed that residents in that area of the town, “were left from 8am to 4.30pm without water. They received no prior notice from Irish Water that they would have to go without water for the full day. The people in the area were absolutely furious over it.”

In its statement on the matter to the Laois Nationalist it said: “When Irish Water and Laois County Council were made aware of the outage, we immediately investigated and worked as a matter of priority to repair the water main and restore normal water supply to impacted customers as quickly and as safely as possible, in adherence with strict HSE and government guidance on Covid-19.

“As this was an unplanned outage, it was not possible to provide advance notice to customers.”