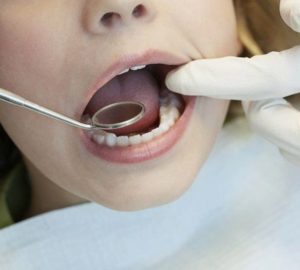 The Irish Dental Association (IDA) has said that dental treatment in Laois for medical card holders is in “complete chaos.”

It also warned “that the unprecedented number of dentists withdrawing from the outdated Dental Treatment Services Scheme (DTSS) is having serious repercussions for patients.”

“Concurrently, according to HSE figures, the number of DTSS contracts held by dentists in Laois and Offaly fell by 35%, from 40 to 26 between March 2017 and January 2021.

Mr Hourihan said that the fall in funding and participating dentists in Laois was hugely damaging for patients and reflected a nationwide trend.

He said that the nature of the medical card crisis in dentistry was unprecedented in scale and dentists were disillusioned with the Government’s lack of action on the matter.

“We have sought to engage with the Department of Health to modify this scheme over many years to no avail. Increasingly, our members believe that the refusal to acknowledge this reality and the general approach of the Department of Health suggests a level of disrespect, if not contempt, for medical card patients in the counties and the dentists contracted to care for them. It also shows scant regard or understanding of the impact of this crisis on vulnerable patients who are unable to afford access to vital dental care,” said Mr Hourihan.

He said: “Dentists want to be able to provide care for medical card patients, but the Government is leaving them with little choice but to minimise their involvement or withdraw.

Because of the drop-off in funding and dentists’ participation, Mr Hourihan said that medical card patients were now faced with: