Juventus and Inter keen on Aguero and PSG eyeing Bellerin 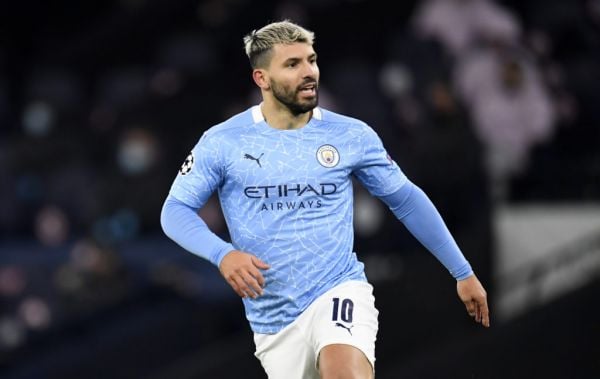 Juventus and Inter Milan are keen on signing Manchester City striker Sergio Aguero, according to the Sun. City’s record goalscorer has been plagued by illness and injury this season and his deal expires in the summer.

The Argentinian has already reportedly spoken to Barcelona and Atletico Madrid about a summer move, but now the two Serie A giants appear to have joined the race for his signature as well.

Dean Henderson will seek to move away from Manchester United in the summer if he is not made their first-choice goalkeeper next season, the Manchester Evening News reports. The 23-year-old is said to be frustrated at being back-up to David De Gea in the Premier League and the likes of Tottenham, Chelsea and West Ham have all reportedly expressed an interest in him.

The Sun reports Brighton have opened talks to extend the contract of midfielder Alexis Mac Allister. The 22-year-old Argentinian, whose current contract ends in 2023, has been a key factor in the Seagulls’ upturn in form and the club are believed to be eager to reward the playmaker with improved terms.

Paris St Germain are preparing a summer bid for Arsenal full-back Hector Bellerin, according to CBS Sports. The Spaniard is also reportedly attracting interest from Barcelona and clubs in Serie A.

Marcelo Bielsa to give Leeds answer on whether he will sign new deal before end of seasonhttps://t.co/fW8KVBD0Z8

Man Utd to release four keepers and want to sell another due to £600k weekly costs #MUFC https://t.co/uraL2UkzRM pic.twitter.com/qNokYQvCux

Gianluigi Donnarumma: Manchester United are weighing up a bid for the AC Milan goalkeeper, according to Todo Fichajes.

Youssef En-Nesyri: Italian website Il Milanista reports West Ham and AC Milan are preparing to battle it out for the Sevilla forward.