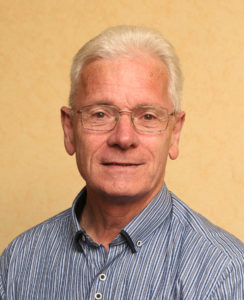 AN annual meeting between Laois and Carlow county councillors has been dismissed as ‘pure bullshite’ by one of the Laois members.

Other councillors have also criticised the joint-meeting, with descriptions ranging from ‘a shouting match’ to ‘hot air’ and ‘the greatest waste of time’.

The colourful comments came at an online Graiguecullen-Portarlington municipal meeting, when chairperson cllr Aisling Moran tried to set a date for the 2020 Laois-Carlow talks, which were delayed last year due to the Covid pandemic.

Housing is always a major bone of contention, with each side regularly accusing the other of ‘stealing’ council houses for their own county. As many estates straddle the county border, homes are assigned to people on the housing waiting lists in both Laois and Carlow.

There have been regular skirmishes over housing in the cross-border town of Graiguecullen, which is the second fastest-growing area of Laois and has seen the construction of a large number of social houses over the past decade.

Cllr Paschal McEvoy recalled that the last joint-meeting between Laois and Carlow was held before the local elections in 2019. As far as he was concerned, it was a non-event and the ‘greatest waste of time’.

Cllr Aidan Mullins agreed and commented: “It was supposed to be about important housing projects but it was nothing but point-scoring. There was a lot of hot air and waffle and it was just a talking shop. Pure bullshite if you ask me.”

However, cllr Moran and cllr Pádraig Fleming felt it was important to hold the meeting as soon as possible, particularly in terms of a joint approach on housing developments.

Cllr Moran said: “Graiguecullen is growing and we need to be involved in the decision-making. According to Dr Ronan Glynn, it will be six months before we can have meetings of big groups, so we need to make a decision soon.”

Cllr Fleming said the joint meeting was ‘critical’ for the future development of Graiguecullen, although he agreed that the last one was ‘hot and contentious’ because Carlow was getting so many houses in Laois. He also felt a similar meeting should be held with Offaly county councillors, in relation to developments in the cross-border town of Portarlington.

Both cllr Fleming and cllr Brennan favoured a physical rather than a virtual meeting. Each suggested a postponement until a socially-distanced meeting could be held in a large venue.

Cllr Brennan remarked: “We didn’t even have joint-chairmen last time. Carlow took it over. It went on for a few hours and all we got was roaring and shouting. In zoom meetings we are at nothing. All we got last time was a shouting match.”

Cllr Moran replied: “If it’s a zoom meeting, everyone will be muted unless their hand is raised, so they won’t be able to shout and roar.”

Council head of finance Gerry Murphy said he would prepare an agenda and bring it before the March online meeting of Graiguecullen-Portarlington municipal district. After agreement on the agenda, a date could be set for the Laois-Carlow meeting, with a view to holding it in April if possible.

Mr Murphy said he would come up with a similar plan for a joint meeting with Offaly county councillors in relation to Portarlington. 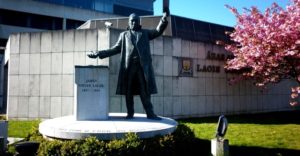