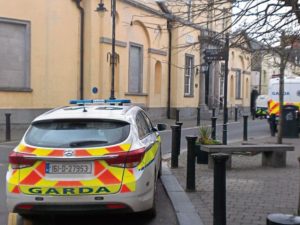 Reports from Portloise District Court in this week’s Laois Nationalist include:

* A man has been charged with an alleged axe attack in Portlaoise, in which the victim suffered a deep cut that required hospital treatment

* A fraud victim paid €450 for a mobile phone in Portlaoise, only to find a block of wood when he opened the box

Read these and other reports from last Thursday’s court sitting in the current edition of the Laois Nationalist, in shops from Tuesday 23 February and online