Fundraiser for Portlaoise family of man who passed away tragically 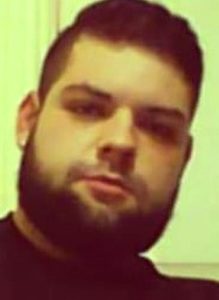 Friends of 21-year old Martin Cermak, who passed away in tragic circumstances, have initiated a fundraising campaign to give him the best funeral possible.

Martin was found deceased after Gardaí launched a search for his whereabout last Saturday 20 March after his family had reported him missing from his home in Esker Hills, Portlaoise the previous morning.

Gardaí confirmed they had located Martin’s body in the course of their investigation and treated the incident as a ‘personal tragedy’.

Following the tragic news, friends began a fundraiser which they hope that Martin’s family can give him the best funeral possible.

Organiser of the online GoFundMe campaign Dominica Balogova is hoping to raise as much as possible to help the family.

Appealing to the public’s generosity Ms Balogova said: “I’m fundraising for Martin’s family so that we can let Martin go in the best way possible.”