Charlie was a Laois man when it came to the GAA 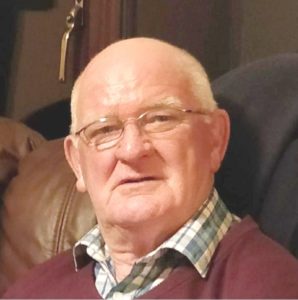 THERE was a united sense of loss and regret in the communities of Carlow town and Killeen, Maganey, Co Laois at the death of Charlie Dempsey, New Oak Estate, Carlow. Charlie, who passed away at home on Saturday 20 February, would have celebrated his 81st birthday on 4 July. He was a native of Killeen and was a dyed-in-the wool Laois man when it came to the GAA.

He sustained a serious fall at his home in November and, when scans were taken, Charlie was diagnosed with lung cancer. Despite his serious illness, he never lost his good humour and sharp wit.

Charlie worked for more than 20 years as a lorry driver for the Barrow Mills company in Carlow. And as one family member commented: “Charlie knew every highway and byway in Ireland from driving all over the country – he knew every shortcut a driver could take.”

He was in his early 40s when the Barrow Mills closed and after that Charlie used his gift with things mechanical to make a living. He had great hands and went into the business of repairing chainsaws and lawnmowers. He also undertook some work for Dooley Motors in Carlow.

Charlie was bereaved in May 2019 by the death of his wife Bernadette (Ber). The former Ber Dargan was a native of Coneyboro, Athy. Charlie and Ber met at a dance in the Dreamland Ballroom, Athy and married in 1968, celebrating their golden wedding anniversary in 2018. Theirs was a long and happy union and Charlie never really got over the passing of the love of his life.

Charlie and Ber enjoyed going for a drink in Kelly’s at the Burrin bridge, known locally as ‘Dunkirk’, and when that premises closed would go for a social drink in Reddy’s of Tullow Street.

Besides his support for Laois football and hurling teams, Charlie was a supporter of Liverpool in soccer. He liked to watch television, being a devotee of ***The Late Late Show*** and the soaps. Gardening was a favourite hobby of Charlie’s and he always liked to keep the Dempsey garden in New Oak Estate in pristine condition.

Charlie was son of the late John Charles and Dorothy (Dot) (née Malone) Dempsey and was also predeceased by his sister Carmel Parker, who resided in Bournemouth on England’s south coast.

In his final months, Charlie was cared for by his son Brian in Graiguecullen and his last days were spent in the care of his family at home in New Oak Estate. He was waked at home, where prayers were led by Fr Yanbo Chen, CC, Carlow Cathedral Parish.

His remains were removed to the Cathedral of the Assumption on Wednesday 24 February, where Fr Yanbo celebrated Charlie’s funeral Mass. Readings at Mass were by his daughters-in-law Audrey Dempsey and Olivia Dempsey.

Following Mass, Charlie was laid to rest with wife Ber in St Mary’s Cemetery, with Fr Yanbo reciting the final prayers at the graveside.

May Charlie rest in peace.