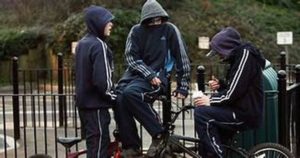 Tackling anti-social behaviour will be on the agenda of the Laois-Carlow joint council meeting in April. Image for illustration purposes

LAOIS County Council will meet Carlow County Council in April to discuss plans for both counties, with anti-social behaviour in Graiguecullen and the need for CCTV featuring on the agenda.

At the March meeting of Graiguecullen-Portarlington Municipal District, director of services Gerry Murphy said that the agenda included housing development in Graiguecullen, roads and transportation, planning and any other business.

Cllr Aisling Moran, chairing the meeting, said: “I know a lot of you are not happy about it, but it has to be done. We are sharing services and housing with Carlow and we need to have some sort of say in what goes on.”

Cllr Padraig Fleming said Abbeyleix gardaí were not responding to anti-social behaviour in Graiguecullen because it was too slow getting from Abbeyleix. He said that Carlow gardaí had agreed to cover those estates and they were coming out quite quickly. He said the Laois-Offaly garda superintendent had an arrangement with Carlow gardaí.

The meeting with Carlow council is expected to take place in the second week of April, with the date to be confirmed.