Laois in Covid Top 3 but rate is falling 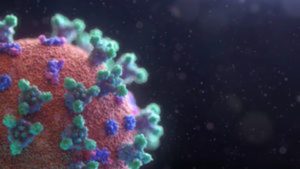 LAOIS has the third highest Covid rate in Ireland, up from fourth yesterday.

Although the county has only six new cases today, it has moved up the national table as many other counties recorded lower increases.

Following 197 new cases in Laois during the fortnight up to midnight last night, only Offaly (366.9) and Westmeath (268.1) have higher 14-day virus rates. (Full figures below).

The five-day moving average in Laois is currently 12 cases a day, down from 16 yesterday.

Portlaoise hospital had three Covid patients last night, down from eight over the Easter weekend. None of the three virus patients was in ICU.

Nationally, five deaths and 423 cases were announced this evening. Four of the deaths occurred in April and one in February.

As of 8am today, 232 Covid patients are hospitalised, of whom 56 are in ICU. There were 13 additional hospitalisations in the past 24 hours.

663,411 people have received their first dose

272,676 people have received their second dose