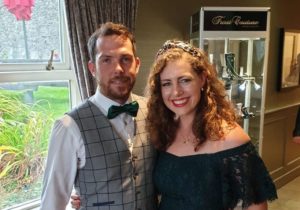 A DAIRY farmer and hurling star from Laois is the new national president of Macra na Feirme.

John Keane from Errill was elected 38th president of the rural youth organisation today, after counting of postal ballots at the Irish Farm Centre in Dublin.

A son of former Glanbia chairman Martin Keane, John’s victory came after a series of online hustings held in March across all Macra regions nationwide.

A well-known senior hurler with Rathdowney-Errill, he is a member of the Devil’s Bit Macra club in north Tipperary and national chairperson of Macra’s board of directors.

After the election result was confirmed, John thanked all clubs and members who voted for him and offered his commiserations to runner-up Daniel Long.

He said: “It is a huge honour to represent the organisation at this level. Thanks to my family, who have supported me always and especially throughout my campaign. I look forward to working with members, volunteers, staff, incoming vice-presidents and partners throughout my term.”

John added that it was great to follow in the footsteps of five Laois past-presidents of Macra na Feirme, as he looked forward to taking up the two-year post on 15 May.

The most recent Macra national president from Laois was Michael Gowing, who served from 2009 – 2011, while previous holders include Pádraig Walshe (1987 – 1989), who went on to become IFA president.