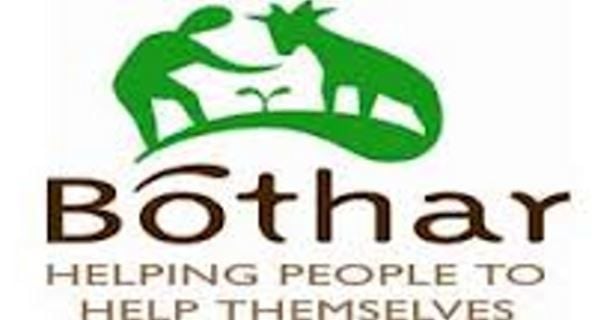 Well-known charity Bóthar has claimed before the High Court that its former chief executive David Moloney has misappropriated hundreds of thousands of euro donated to it for his own and his associate’s personal use.

On Thursday Bóthar, whose activities including aiding poor farmers in developing nations through donations of livestock, secured a temporary High Court injunction freezing the assets of Mr Moloney, who resigned his post as the organisation’s CEO in February.

At the High Court Ms Justice Nuala Bulter also ordered that Mr Moloney not reduce his assets below a value of €465,000.

The court heard that Mr Moloney of Clino, Newport, Co Tipperary, denies all allegations of wrongdoing, and has protested his innocence.

Bóthar claims that an ongoing investigation into his conduct has revealed that he is “guilty of an egregious breach of trust and an appalling dereliction of his duty to Bóthar and the beneficiaries of its charitable objects”.

That figure could be higher counsel added. Mr Moloney has worked with Bóthar since 1995, and was its CEO for eight years, counsel said.

Counsel said that arising out of its investigation it is alleged that between 2013 and 2019 Mr Moloney withdrew €192,000 of money donated to Bóthar and said it was paid to a mission run by the Congregation of Mary Immaculate Sisters in Tanzania.

Bóthar has spoken with the Sister in charge of that mission, who told it that the order never received any money from Mr Moloney or Bóthar.

Counsel said in order to conceal his wrongdoing Mr Moloney had also contrived requests from the mission and forged receipts, purporting to vouch payment of those funds.

The payments were not recorded in the accounts of that company, which was incorporated in 2018, and has since been dissolved.

Bothar believes the projects in Rwanda were falsified, and it does not know what was done with those funds.

It is also alleged he used Bóthar’s money to pay for personal expenses, including family holidays, and that he awarded himself an unauthorised 13th monthly salary payment.

Counsel said that Bóthar is also probing a pension fund of over €600,000 accumulated by Mr Moloney.

Counsel said last year Bóthar began an internal investigation into various irregularities regarding how the charity was being run that were brought to its attention.

The Irish Charities Regulator also became launched an investigation over concerns it has about Bóthar, counsel added.

Counsel said it is their case that Mr Moloney did not co-operate with the investigations regarding the alleged misconduct.

Arising out of his non-co-operation he was suspended from his role as CEO last November, and resigned from his post in February.

Counsel said that as far as Bóthar are concerned the resignation was an attempt to prevent various matters from being uncovered.

These include deleting vast swathes of data from the computer his employer had provided him with, and has also forged documents to cover hi9s tracks, counsel said.

He had also conspired with others to have a former chairperson of Bóthar’s board removed Mr Harry Lawlor, removed from his position after an investigation into Mr Moloney’s conduct was raised, it is claimed.

In light of everything that has happened, and its decision to commence High Court proceedings, Bóthar has decided to cease all of its fund-raising activities with immediate effect, counsel added.

In a sworn statement to the court Mr Lawlor, who is a member of Bóthar’s board, said Mr Moloney has “betrayed the trust and confidence” which the board had placed in him.

The charity had done some great work since its establishment over 30 years ago, he said.

“I am disgusted and profoundly saddened by what Mr Moloney has done” Mr Lawlor continued, adding that he accepted the events that have recently come to light reflect badly on Bóthar’s board.

The board could only reproach itself for its “failure to appreciate Mr Moloney’s true motivations, or to reveal his clandestine schemes,” Mr Lawlor added.

The application for what is known as a ‘Mareva’-type freezing order came before Ms Justice Butler during Thursday’s vacation sitting of the High Court.

The judge, granted Bóthar the temporary freezing order on an ex-parte basis, where only one side was represented in court.

The judge who also expressed her concerns about the costs the charity may incur due to the litigation, also gave Bóthar permission to seek orders requiring the defendant to provide a list of the full value or interest he holds in any assets he holds

The judge also gave Bóthar permission to seek an order requiring Mr Moloney to provide details of funds donated to the charity that it is alleged he used for his own benefit or the benefit of third parties.

The action was made returnable to date next week.

Hotel quarantine extension to proceed despite concerns over capacity