‘Don’t remember it being this tight’: Roy Keane shows off Ireland debut jersey 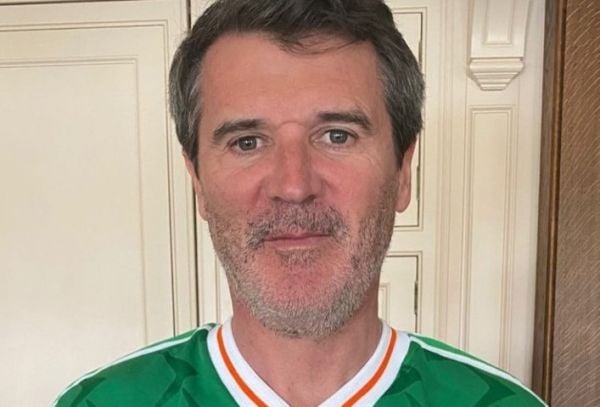 Roy Keane shared a picture in what appears to be the jersey he wore on his Republic of Ireland debut.

Keane’s debut was in a 1-1 friendly draw with Chile at Lansdowne Road back in 1991.

Taking to Instagram, the Cork native joked: “Found the shirt. Don’t remember it being this tight.” 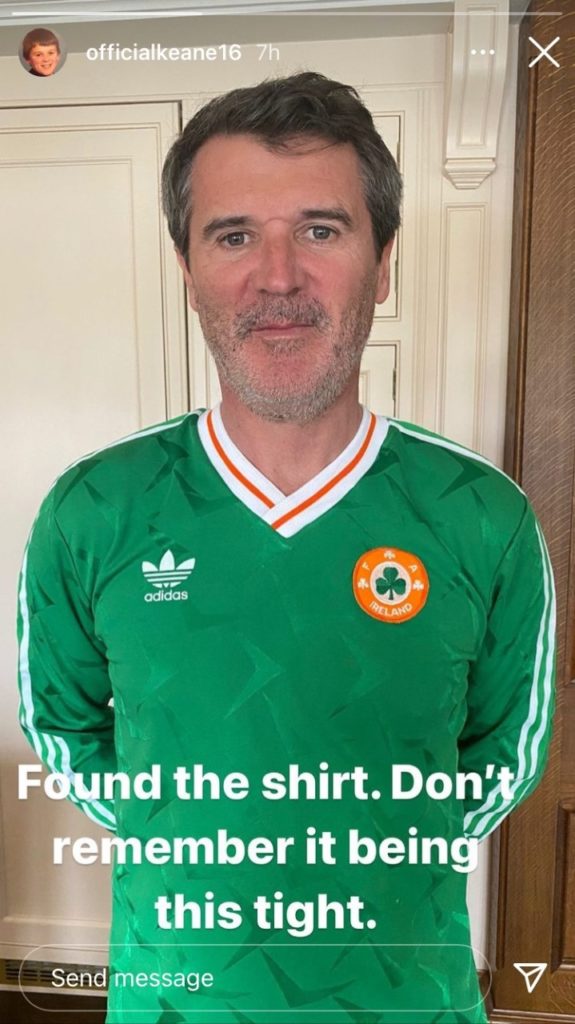 Keane recently shared a picture wearing the same Ireland jersey, before an Ireland Under-21 game, alongside his friend Paul McCarthy. 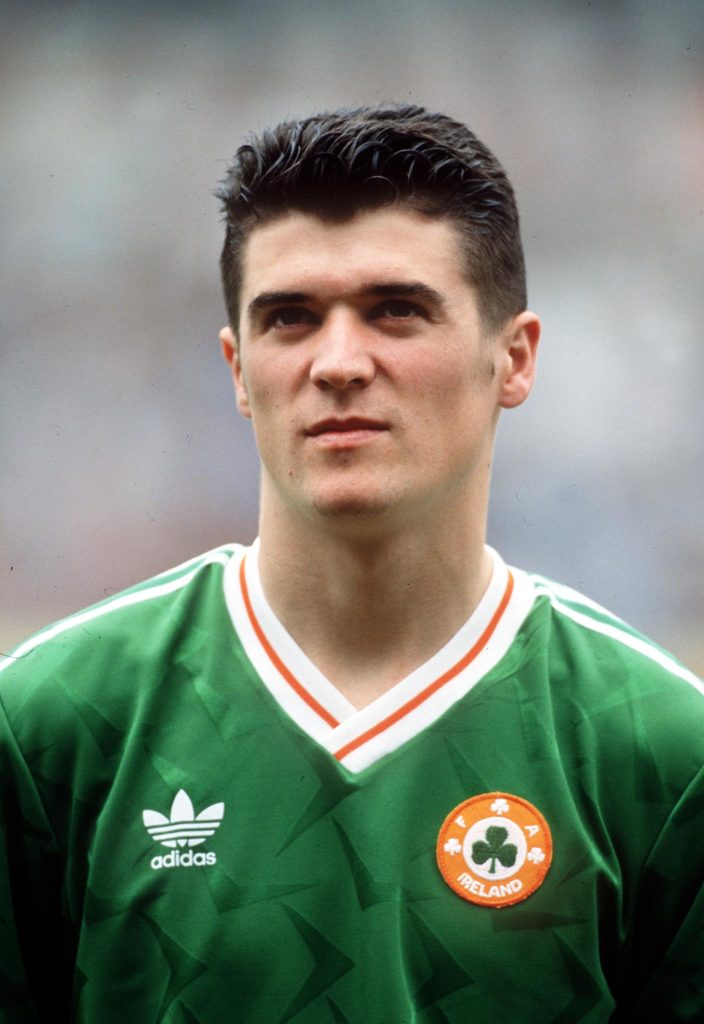 Keane called McCarthy, who died of a suspected heart attack in 2017, “one of the best” teammates he has ever played with.

Keane wrote: “Me and Paul McCarthy who I played with at Rockmount, Cork and with Ireland. I’ve had some great teammates. You were one of the best.”

He also racked up nearly 600 appearances in a long career in England, with notable spells playing for Brighton and Wycombe Wanderers.

McCarthy was part of the Wycombe side that reached the FA Cup semi-finals in 2001.

A statement from Brighton at the time of his death read: “Born in Cork, Republic of Ireland, McCarthy grew up playing football with close friend Roy Keane.

“Paul arrived at Albion as a trainee in July 1988 from his local side Rockmount.

“He signed a full professional contract with the Seagulls in April 1989, making his first-team debut against Bradford City in March 1990, where he created the winning goal in a 2-1 victory.

“The defender represented his country at youth team level up to the under-21s where he was appointed captain in November 1992.

“He was named the Republic of Ireland Under-21 Player of the Year in November 1993.

“He took over the captaincy from Steve Foster in the 1995-96 season as Albion battled in vain to avoid relegation into the old Division Three.

“The Irishman left the south coast at the end of that season for Wycombe Wanderers and was part of the Chairboys squad that reached the FA Cup semi-finals in 2001.