Ladies football National League to kick off in May 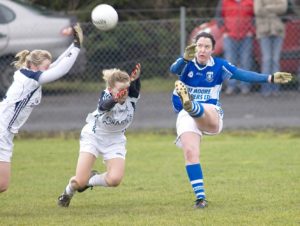 THE Ladies Gaelic Football Association wasted no time in availing of the opportunity to reveal their plans for a return to play. Once the green light had been given for return of elite inter-county GAA action the LGFA were the first to make known their national league plans which will resuming on 23 May with a return to training from Monday 19 April.

Last year’s league was scrapped after five rounds due to the Coronavirus outbreak.

This year each of the four divisions will be split into two groups of four counties, with the exception of a three-team Division 4B,

The divisions have been comprised in regional fashion to minimise travelling for the competing teams, with Covid-19 concerns in mind.

Laois will be in Division 3B along with Kildare, Longford and Wicklow. Division 3A comprises Down, Roscommon, Sligo and Fermanagh.

Three rounds of group fixtures will be played on consecutive weekends, with the top two teams will contest the semi-finals scheduled for 13 June.

A two-week break will follow before the National League finals are played on 27 June.

The GAA are expected to release thier plans for the national league later today with the Camogie Association doing so in the coming days.