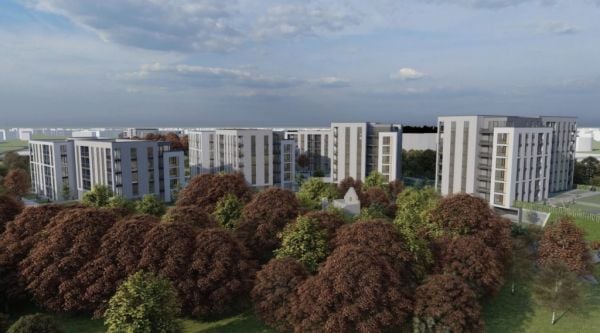 A senior Government Minister has intervened in the planning row concerning €40 million plans to build apartments on the site of the former Bessborough Mother and Baby home in Cork.

Last month, An Bord Pleanála announced that it is to stage an oral hearing into the planning application for 179 apartments amid concerns by a campaign group that the development will encroach on a former children’s burial ground.

The proposed development has caused controversy as it emerged from the Commission of Investigation into Mother and Baby Homes that 923 infants born at or associated with Bessborough died between 1922 and its closure in 1998.

The commission could find burial records for only 64 infants.

Now, it has emerged that the Cork-based Minister for Public Expenditure, Michael McGrath, is one of 18 third parties to make a submission to An Bord Pleanála on the ‘fast track’ Strategic Housing Development (SHD) plan by MWB Two Ltd.

In his submission, Mr McGrath has told the appeals board that he has engaged with a number of survivor groups associated with the former Mother & Baby home at Bessborough and “I am deeply concerned at this proposed development”.

The Cork TD has told the appeals board “it seems to me to be entirely inappropriate for any development to proceed on this site prior to the site being properly investigated for human remains which we know to be there”.

He stated: “It is quite possible that the area subject to this proposed development is the site of human remains.”

“On that basis, I do not believe that this development should proceed. I believe that the developer needs to have further consultation with the local authority, the Bessborough survivors, and all relevant authorities, to have the site fully surveyed prior to re-submitting any further proposed development proposals.”

In his own submission, the Minister for Children, Equality, Disability, Roderic O’Gorman, has told the appeals board that his primary purpose in submitting the observation was “to request the board to take account of the unresolved questions on the possibility and specific location of any unmarked burials on the site”.

Mr O’Gorman stated that he has received representations from parties with a connection to the former Bessborough Mother and Baby Home.

The Minister stated that he understands the distress the timing of the planning application has caused to those most centrally connected to the issue “and I share their concerns in relation to the risk associated with this development”.

In her own submission, West Cork TD Holly Cairns told the appeals board that it is “disgraceful” that such an application is being proposed on the site of the former Bessborough Mother and Baby Home.

Deputy Cairns stated that given the unaccounted remains of hundreds of babies, “I believe it is a highly inappropriate proposal”.

Deputy Cairns stated that without a full survey of the estate, it would not only be highly inappropriate, but also a further insult to the survivors and their families.

In his submission, Sinn Féin TD Donnchadh O Laoire stated that it was disrespectful and insensitive to lodge the planning application prior to the publication of the report of the Mothers and Baby Homes Commission.

Deputy O’Laoire claims that the proposed development “has the potential to cause immense hurt and pain”.

The An Bord Pleanala oral hearing later this month will be limited to dealing solely with the issue of the children’s burial ground.

The appeals board said the oral hearing would involve the board asking the developer for further clarification regarding the areas identified as “potential children’s burial ground”.