Clonaslee and Laois mourn the loss of Tom Flynn 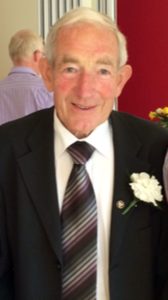 CLONASLEE bade farewell to one of their gifted and trusted characters on Easter Sunday.

Tom Flynn was born nearly 85 years ago and from a young age he was destined to wear the red jersey of Clonaslee. In 1955 he lined out in his first final against Cuddagh in the Laois intermediate championship. Wearing the number two jersey he did little wrong and the title was headed for the Slieve Bloom Mountains. Clonaslee had a few good years in senior but the likes of Clonad and Borris-in-Ossory dominated at the time.

Tom also had a love of football but there was no St Manman’s back in those days so he threw his lot in with the neighbours, Kilcavan. He helped them win the junior championship in 1960 defeating a Timahoe team, which included six Millers, with just a point between them.

Two years after being promoted Clonaslee were back in intermediate grade and by now Tom was their top defender and was chosen as captain lining out at centre back.

They qualified for their second final in seven years and this time their opponents were Kyle from the Tipperary side of the county. A polished display earned Clonaslee another title and although there was no trophy it was a proud occasion for the Flynn family. Senior hurling was still being ruled by Clonad and Tom noticed that his neighbours from across The Cut were beginning to make waves and soon began to dominate.

Tom now caught the attention of Laois selectors. Having hurled minor, Tom later lined out at junior and intermediate level and eventually played with Laois seniors. And to add to that he was called upon to line out with Laois in junior football.

Back in intermediate they found the going tough but reached the final against another strong senior team, Errill. On an October day in Portlaoise Tom was captain again when they hit Errill with six goals and collected their third title. But this time they also collected the Hetherington Cup for the first time and Tom became the first man to bring silverware back-to-back across the Slieve Bloom Mountains on their side of the hills.

Tom promised this time they were staying up in the senior grade and he was as good as his word. Against all the odds Clonaslee reached their first senior final in 60 years. Clonad were still around, and while reaching three championship finals in a row was some achievement, Clonad were that bit more experienced at this level and won by three points.

Three years later Clonaslee and Clonad met in the senior semi-final. Tom was now in attack and ten minutes from time he scored the game’s only goal that resulted in Clonaslee winning by two points.

Now the dream final. Clonaslee were to take on their neighbours from across The Cut. Camross were the reigning champions and retained their title. Tom must have despaired of ever tasting senior success. However, again against the odds, the two met in the North Laois final in 1974 when Clonaslee reversed the result, winning by a point. 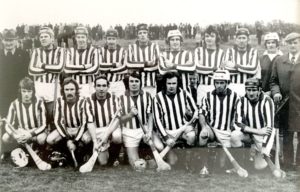 Twelve months later Tom was back in defence when Clonaslee reached the semi-final. The champions were seeking three in a row but this time Clonaslee struck late for a winning score and were through to their third senior final in six years. They felt it was now or never as Clonad were once again their opponents.

Tom was full back and he knew if no goal was conceded they had a great chance. Paddy Bates scored nine points out of 13 and their defence only conceded eight points despite Clonad having persuaded Ollie Fennell to come out of retirement.

Tom smiled when some one asked him about retirement and he said that for another day. Farming and training seemed to worked well for Tom and he always kept himself fit.

Three years later Clonaslee reached the junior final. Tom lined out in the full back line alongside the rugby international Gerry Culleton when they beat Milltown by a point.

Retirement, ah no we’ll give it another year. He did and in 1982 he lined out in defence in his fourth intermediate final, this time against Mountmellick. He had never lost a final and was determined that was not going to change. It was a hard-fought encounter but once again Clonaslee prevailed by a narrow margin, 0-11 to 0-8.

Next up was golf and Castle Barna, that famous links across the border where Tom later became the green-keeper.

At home in the Glebe, Clonaslee, there was a garden to be tended to and if hurling was a sport, the garden was also very close to his heart, vegetables and flowers both equal in importance. When Tom looked out in the morning he could see the Slieve Blooms in all their beauty but nearer home the beauty of his garden was admired by all. He had spent two years in the Agriculture College and it showed every day and many is the rosette he picked up at the annual Clonaslee show every September.

Then there was the day job where he looked after a big pig business in Rearymore, Clonaslee and that ensured he had little spare time.

Tom had been on treatment recently and on the last day of March he passed away in the wonderful care of the staff of Tullamore Hospital.

On Easter Sunday Tom’s Requiem Mass was celebrated in St Manman’s Church, Clonaslee and the celebrant Fr Tom O’Reilly spoke of a great family man, great parishioner, great sportsman and above all gentleman, the son of Paddy and Sarah.

Due to Covid restrictions only family could attend but Clonaslee GAA Club discreetly lined the route to the Church. After the ceremony the route to the cemetery was lined on either side as Tom was taken to his final resting place.

May the sod of Clonaslee rest lightly upon his soul.