Leinster Hurling draw is a tough one for Laois 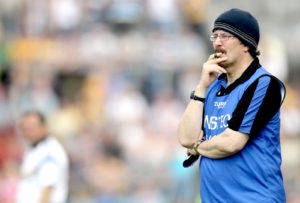 Laois hurlers have been handed a tough challenge for their opening game in this year’s Leinster championship. In this mornings draw on RTE Cheddar Plunkett’s men were drawn to take on Wexford in a game that will be played at a neutral venue.

In the draw the 2020 Leinster finalists Kilkenny and Galway had semi-final byes.

Laois will not have too many happy memories of encounters with Wexford. The sides last met in the opening round of last year’s National League in MW Hire O’Moore Park when Wexford had 11 points to spare at the final whistle, 2-27 to 2-16.

The last times the pair met in the championship was back in the 2017 quarter-final when Wexford cruised to victory on a 3-25 to 1-17 scoreline.

Unlike the football championship, the hurling championship does have a back door. The quarter-final losers go into a preliminary round qualifier, which also doubles up as a relegation play-off.

The Leinster hurling championship will play its first games on the weekend of 26/27 June with the final down for decision on 17/18 July.