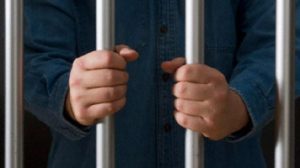 A solicitor told Judge Catherine Staines at last Thursday’s sitting of Portlaoise District Court that if his client is sent to prison his business would collapse overnight and he would go out of business.

Despite his appeal Judge Staines went on to impose a four month sentence.

Michael Byrne was making the case for his client who was before the court for driving while uninsured and without a driving licence.

Garda Sergeant JJ Kirby told the court that the man had a total of 36 previous convictions. Six of these for driving while uninsured and one for dangerous driving causing death.

The man pleaded guilty to the motoring offences which took place on 17 March.

Mr Byrne said that the defendant is self-employed who fixes and sells second hand cars with a customer base of about 150 people.

He said the man’s partner would normally drive him around.

He said: “It was Saint Patrick’s Day and one of his client’s cars had broken down. It was also his partner’s birthday. A row developed between him and his partner and she declined to drive him to his garage. He took an irrational decision to drive. If he is sent to prison his business will collapse overnight. He knew what he did was absolutely wrong. He knows that he’ll never ever drive again to the extent that he has got a man to drive him around.”

Judge Staines said: “Last October I gave him a six month sentence and disqualified him from driving for two years. Five months later he goes out and drives again without insurance. In my view it’s a total disrespect for court orders.”

She went on to convict the man of driving without insurance, imposed a four month prison sentence and fixed recognisances in the event of an appeal.