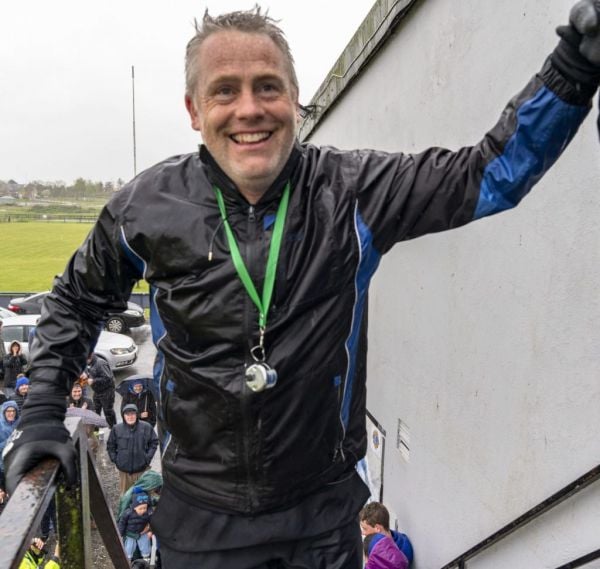 An Athy man has virtually conquered Mount Everest after a three-day marathon on his local rugby club’s fire escape.

The Kildare Nationalist reports that Brian Dooley replicated the world’s tallest peak by climbing and descending the steps of Athy Rugby Club’s fire escape some 2,810 times.

The virtual climb, which Mr Dooley began on Saturday and completed just after midday on Monday afternoon, was undertaken in order to raise funds for Pieta House and his local St Vincent de Paul.

Mr Dooley, a Fianna Fáil county councillor for Kildare South and also the president of his local Lions Club, said he was humbled by the support shown to him throughout his weekend climb.

“There were always between 15 and 20 people here at any one time,” he said.

“The only real blisters I have are on my tongue from talking,” he joked.

Many different people joined Mr Dooley on the fire escape for a part of his journey – the oldest being 85 years of age.

Mr Dooley was also accompanied by his wife Michelle for the final leg of his journey.

The county councillor began training for the climb some months ago and began with a 10-hour shift of climbing and descending the stairs on Saturday, before completing another 9.5 hours on Sunday.

He took ice baths after finishing each night and ate on-the-go to prevent his legs from seizing up if he stopped.

The last few hours of the climb on Monday saw more Everest-like conditions appear with wind and rain, after a largely sunny weekend.

“All we need is snow and we will have Everest,” Mr Dooley told the Kildare Nationalist.

Filed under: On top of the world