Mother tells Portlaoise court ‘what type of fella’ her son is 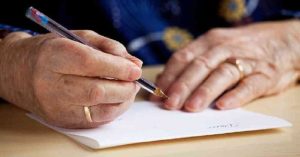 A letter handed into Portlaoise court recently by the mother of a man who was before it on drug related offences set out “the type of fella he is.”

Garda Sergeant JJ Kirby said that when gardaí searched a shed on the property they found jars of cannabis with a value of €1,028.

He said the defendant had two previous drug convictions dating back to 2007 and 2008.

Defending solicitor Josephine Fitzpatrick said that her client’s mother had written a letter to the court setting out “the type of fella he is.”

She said that the defendant, “had lived around Europe for a while where the access to cannabis was more relaxed. When he returned home it was then that he discovered that he had a cannabis habit. He is very valuable in the house at home. His mother said that he is an integral part of caring for his father and that he is very committed to sorting himself out.”

Judge Catherine Staines said that she was asking for a Probation Report to be undertaken on the defendant before passing sentence in the case on 8 July.