Laois Broadband rollout behind by 25-50%

Councillors informed by NBI deployment director that there are 12,510 premises in Laois without access to high-speed broadband. 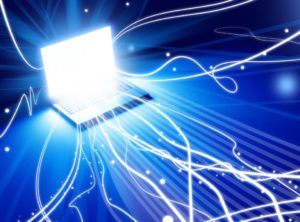 Plans for the rollout of highspeed broadband in rural areas of Laois was given to councillors at a special online briefing meeting by members of the National Broadband Plan on Monday 10 May. The deployment director from National Broadband Ireland (NBI) Pat O’Toole said that the rollout of the fibre optic connection in Laois was between 25% to 50% behind the planned rollout programme.

He said that there are 12,510 premises in Laois without access to high-speed broadband, a total of 31% of premises. He said the government had committed to investing €449 million in building the National Broadband Plan in Laois.

He also said that there will be eight broadband connection points (BCPs) and 16 rural primary schools are also in line for highspeed connectivity. He said that he expected premises in the Graiguecullen/ Killeshin area of the county to be connected by the end of this year and Portlaoise by early next year. However, he told councillors that he could not commit to definite timelines as to when other areas will be connected.

National Broadband Ireland charges a €100 connection fee and a monthly fee of €30 to its customers.

Mr O’Toole said that connection points in Carlow, Castlecomer, Johnstown, Mount Bolus, Roscrea, Templemore and Tullamore will service premises in Laois. Mountrath will service 2,291 homes; 486 properties in Graiguecullen and Killeshin will be serviced from a hub in Carlow; and Portlaoise will serve 2,246 premises.

It is was NBI’s intention to have the entire county completed with the rollout of highspeed broadband in five years’ time.

Mr O’Toole said that National Broadband Ireland charges a €100 connection fee and a monthly fee of €30 to its customers. He said that other service providers who use their connectivity can then charge additional fees for the various packages they offer. Mr O’Toole said that it was NBI’s intention to have the entire county completed with the rollout of highspeed broadband in five years’ time.

In five years’ time, today’s technology would be obsolete.

Cllr John Joe Fennelly asked that NBI ensure that premises alongside roads are connected, to which Mr O’Toole said: “Nowhere in the Abbeyleix area will be left behind. If one or two premises are a mile or two off the main roads, we will be doing them.”

Cllr Aisling Moran said that her concern was that in five years’ time, today’s technology would be obsolete. “When you consider that this time last year we were told that we’d have 150Mb speed and today we have 500Mb speed. Can you also look at placing the cable underground, too,” she asked?

If those contractors don’t go down to the premises, we will.

Mr O’Toole said the transition in the past year to the broadband higher speed was seamless and the technology in place today would deal with any technology improvements in the coming years.

Cllr Pádraig Fleming asked that when a service provider can’t provide broadband to an isolated area, will NBI continue on where the provider left off?

Mr O’Toole said: “If those contractors don’t go down to the premises, we will.”

Cllr Mary Sweeney raised the matter of an application that was refused for the provision of broadband in the community centre in Ballyroan. She said that she was disappointed that it had been refused and asked for the application to be considered again.

When the rollout is complete, who would be responsible for its maintenance?

Cllr Paschal McEvoy noted that one part of Stradbally was going to be serviced with high-speed broadband from Portlaoise and the other side from Ballylinan. While welcoming the news, he said that it could be 12 months before the Ballylinan connection is up and running in Stradbally and he asked that the NBI try to ensure both sides come online together.

Cllr Paddy Bracken wanted to know when the rollout is complete, who would be responsible for its maintenance? Mr O’Toole said: “It’s ours. We will be maintaining it. It’s our responsibility.”

Cllr PJ Kelly wanted to know from what area would Ballybrittas be serviced. Mr O’Toole said he suspected it would be from Portarlington.

NBI would not be requiring homeowners to get a road opening licence.

Cllr Conor Bergin, who chaired the meeting, said that he was aware of some broadband providers who, when connecting houses off the main road, are asking homeowners to seek a road opening licence if they have to run cable across the roads, which was delaying connections. Mr O’Toole said that NBI would not be requiring homeowners to get a road opening licence. He said if one is needed, or other permissions are required, that his company would do that work at no charge to the homeowner. However, he did say that should homeowners want the cable in a certain way on their property, that NBI would negotiate a fee with them. “Say we estimate that the connection to the house would cost us €3,000, but the homeowners wanted it laid in some other way, we could negotiate a price at which the homeowner could pay for the balance of the work over €3,000.

Cllr Willie Aird asked that if homeowners did not want the broadband connected at present, could they have it connected at no extra cost later? Mr O’Toole said that the €100 connection fee and the monthly €30 line fee would still apply.