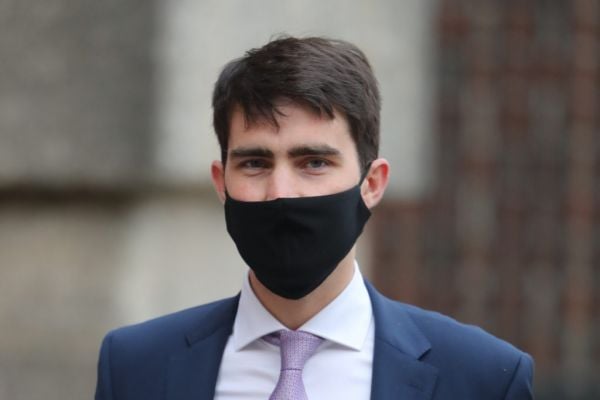 Jack Chambers said it was the reason why housing is the “number one issue” for the Government.

Proposals to tackle investment funds pricing first-time buyers out of the housing market will be brought before Cabinet on Tuesday.

It comes as the Business Post revealed that the State invested in a so-called cuckoo fund that has bulk-bought hundreds of homes in two Maynooth housing estates.

The paper reported on Sunday that more than €225 million of Government funding that aimed to stimulate housing supply was ultimately used by funds to buy up houses and apartments before they could be put on the open market for regular buyers.

It also revealed that a further €500 million of state funds has been invested in an agency which has financed the construction of several residential developments that were ultimately sold to funds.

“The Minister for Housing and Finance will be bringing forward very comprehensive proposals to deal with this issue,” Mr Chambers told RTÉ’s The Week in Politics.

The junior minister described the proposals as “substantive”.

“We want to level the playing field to uphold the hopes and dreams of many young people who want to buy their own homes,” he said.

“What happened in Maynooth and elsewhere is totally unacceptable.”

He added that the State was providing “extraordinary” investment in social housing and trying to improve affordability of homes.

“This is the number one issue for Government and we’ll be doing everything we can to turn around this crisis, so we give that prospect to young people, which is extremely difficult and frustrating to many of them,” the Dublin West TD said.

“That’s why we’ll do everything we can and use all levers of the state to support home ownership.”

Social Democrats housing spokesman Cian O’Callaghan has called for the Finance Minister and the Housing Minister to come before the Dáil this week to answer questions over the reported investment by the State in cuckoo funds.

Are the public not entitled to know how state funds are being used? pic.twitter.com/LR0MnH2RLE

Mr O’Callaghan said: “Just two weeks ago, Micheál Martin told the Dáil that the bulk-purchase of 135 homes in an estate in Maynooth by a cuckoo fund was unacceptable but unusual – because funds had never targeted a suburban housing estate before.

“Today we learn that not only have funds been bulk-purchasing homes in Maynooth since 2019, but that the State has been providing them the finance to do it.

“The Minister for Finance and the Housing Minister must answer questions this week in the Dáil and explain why State funds are being used to outbid first time buyers.

“Reports today tell us that more than €700 million of State funds have been used to buy up homes in competition with first-time buyers or to build homes that are sold to investment funds.”

The Dublin Bay North TD added: “For weeks, the Government has defended the role of institutional investors saying we need private investment to deliver housing supply.

“What the Government failed to tell us is that the State is ploughing money into these funds to enable them to snatch up homes before they even come on the market.