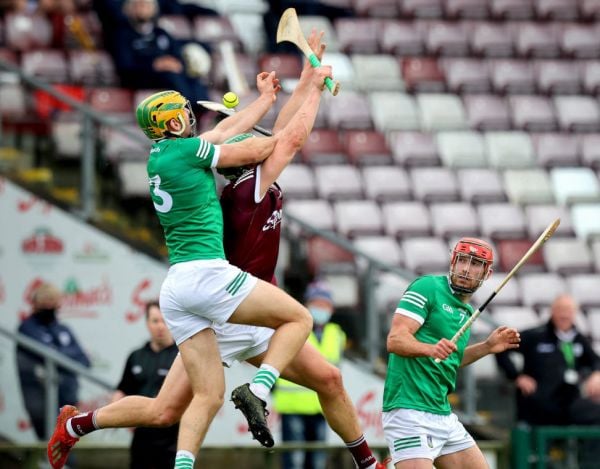 All-Ireland champions Limerick suffered a rare loss at the hands of Galway in their second round National Hurling League clash in Pearse Stadium.

The Tribesmen got off to a strong start, pushing ahead of their visitors to gain a three-point lead in the first quarter. A goal from Seamus Flanagan in the 30th minute brought John Kiely’s men back within two points, but the half ultimately ended 0-14 to 1-8.

Two points was as close as it got in the second half, with Galway stretching their legs in the last 15 minutes. Racking up 12 points to Limerick’s nine during the half, Shane O’Neill’s men continued their charge through Division 1A, winning 0-26 to 1-17.

Earlier, a shock defeat to Antrim in the first round was compounded for Brian Lohan’s Clare, after a late Wexford revival bested the Banner in Cusack Park.

Leading comfortably for much of the game, Clare had a 1-17 to 0-13 advantage going into the final quarter of the Division 1B fixture, but the real action was yet to come.

Despite a solid performance by Eibhear Quilligan, Simon Donohoe put one past the Clare keeper less than 10 minutes from the final whistle, leaving just enough time for his side to shake up the game.

Lee Chin followed quickly with another goal, reducing Clare’s lead to one point, before points from Rory O’Connor and Chin in the dying minutes aided Wexford to the narrowest of victories, ending 1-21 to 2-19 in Ennis.

Whooo-hooo! A stirring second half comeback sees us beat Clare in Ennis by 2-19 to 1-21 in the @AllianzIreland NHL Division 1. A stirring closing act to warm the heart for the long journey home, Loch Garman abú!!

In Division 1S of the National Football League, Dublin started their campaign with a winning visit to Dr Hyde Park.

Roscommon found themselves six points down at half-time, after Cormac Costello claimed a goal from a penalty just before the first half water break.

The All-Ireland champs showed no substantial effort in stretching their lead after the break, ultimately beating the Rossies 0-16 to 1-22.

In the northern group, Armagh got the better of Monaghan to win by four, finishing 1-12 to 1-16 at Brewster Park.

In Division 2S, Wicklow lost by four points at home to Offaly, ending 1-10 to 1-14, while Sligo’s two goals against Leitrim in their Division 4N clash at Markievicz Park got the homeside’s league campaign off to a winner, 2-19 to 0-18.

In Division 2, Meath bested their neighbour Westmeath by a single point, on a scoreline of 0-16 to 0-15, while the Clare footballers had a strong showing at home to Laois, winning 1-16 to 0-12.

Tyrone stepped up their performance in the second half to claim victory in their first game of the season 👏🏻#AllianzLeagues #BestSeatInTheHouse pic.twitter.com/u9JQjmMdTT

Elsewhere in the hurling league, Armagh had a comfortable victory over Longford at the Athletic Grounds, seeing off their visitors on a scoreline of 2-21 to 0-16. Also in Division 3A, Tyrone’s efforts in Omagh got them a 1-25 to 2-13 win over Monaghan.

A mammoth display from Darren Gleeson’s Antrim showed their win over Clare last weekend was far from a once-off, however, their three goals in Nowlan Park was not enough to better Kilkenny, ending 1-28 to 3-15.

Waterford were at home to Westmeath in Division 1A, getting away with a three-point win.

Killian Doyle found the net for Westmeath in the 64th minute to bring his side within two points, but scores from Kevin Moran and Kieran Bennett in the final minutes were enough to secure the Déise’s first league win of the season.

In Division 2A, Down got a two-point win over Carlow in Ballycran, holding onto their half-time lead and making up for last weekend’s poor showing in Tralee, while Offaly earned a good win at O’Connor Park, beating Kerry 2-28 to 0-13.

Division 3B’s two fixtures of the day ended in a draw at Breffni Park between Cavan and Fermanagh, finishing 1-19 to 2-16, and a two-point win for Louth in Carrick-on-Shannon, beating Leitrim 2-11 to 1-16.