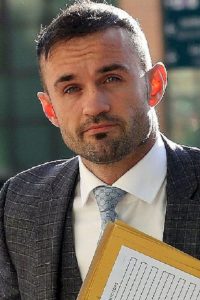 A MAN who was described at last Thursday’s sitting of Portlaoise District Court as “one of the top solicitors in the country” was convicted and fined for speeding.

Aonghus McCarthy (35) with an address at 21 Daneswell Place, Glasnevin, Dublin was summoned before the court under Section 47 of the  Road Traffic Act for driving at a speed of 149kph in a 120kph zone on the M7 at Cappakeel, Portlaoise on 15 October last.

Asked by Judge Catherine Staines if he was having problems with the post going to his new address, Mr McCarthy said that he had and that his post regularly ends up at the An Post office in Collins Avenue.

Sergeant JJ Kirby put it to Mr McCarthy: “You are one of the top solicitors in the country. You are well aware that you could have paid the fine before the court date.”

“I didn’t get the fixed penalty notice. The estate was built last year and there have been problems with the post. If we try and order a pizza, it doesn’t end up at our address,” said Mr McCarthy.

“Mr McCarthy,” said Judge Staines, “I treat everybody the same in my court.”

She went on to convict and fine the defendant €200 and fixed recognisances in the event of an appeal.