Another casualty rescued in Slieve Blooms 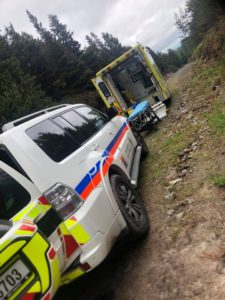 It was the second time in just two days that emergency crews were called out to help a casualty in the area.

They rushed to the aid of a woman who suffered a lower leg injury in a fall this afternoon.

Laois Civil Defence responded to a call to assist an ambulance crew, because of difficulties transporting the injured patient down a steep hill in the rough mountain terrain.

Initial first aid was provided by civil defence members and ambulance personnel at the scene.

The injured walker was safely transported down the hill to a waiting ambulance and received medical treatment.

Laois Civil Defence and SEMRA said tonight: “Well done to all agencies involved. We wish the casualty a speedy recovery.”

The rescue follows another emergency on Monday afternoon, when a woman in her 80s was injured in a fall in the Glenbarrow area. She was treated by paramedics before she was brought to hospital by ambulance. 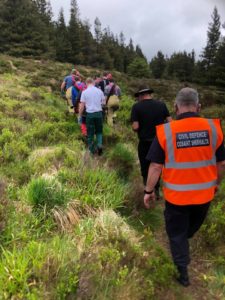 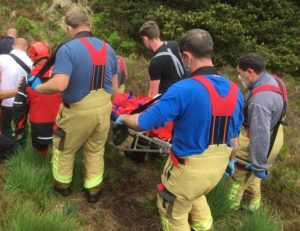