Some of the well-kept modern homes in Silverwood, Mountmellick

THREE housing estates in Mountmellick have still not been taken in charge by Laois County Council, 20 years after they were built.

The situation was described as “disgraceful” by local councillor Paddy Bracken, who said that residents deserved far better.

“People should have some level of comfort living in those estates to know that their estate is up to standard but it is not up to standard. Those three estates have a huge number of houses,” cllr Bracken told a meeting of Borris-in-Ossory/Mountmellick Municipal District.

The term ‘taking in charge’ means that the county council assumes liability and responsibility for the upkeep of roads, footpaths and public areas in an estate.

The Fianna Fáil councillor asked officials for an update on the taking in charge of Silverwood, Silverglen and Silverbrook, three adjacent estates in the town.

In a brief written reply, administrative officer Evelyn Brownrigg of the council’s planning department said: “The planning section will incorporate the outstanding works into their three-year programme and will deal with the taking in charge of same accordingly.”

Cllr Bracken declared that he was “not a bit happy” with the reply to his query, which he had been making for several years.

He said: “These estates were built 20 years ago and we are still looking for this. It is disgraceful to say the least. It is a very weak response in terms of the issues that are down there. I have raised this on several occasions and the record will show this. Some of the residents have lived there for 20 years and nothing has been done for them.”

He was supported by cllr John King, who said the issue needed to be addressed as soon as possible.

Stressing that he would continue to highight the issue until it was resolved, cllr Bracken said: “There was some initial work done but nothing has been completed and a couple of houses have sewage going into their waste-water system. It’s not good enough.” 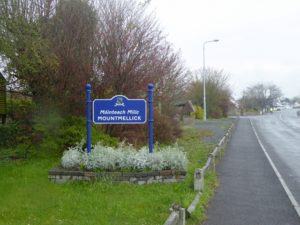