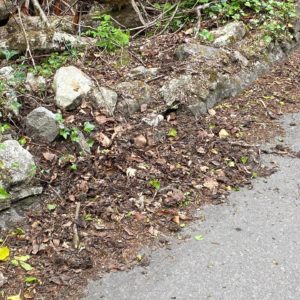 Thieves are stealing stones from traditional hand-built walls in Abbeyleix

IF you don’t nail it down in Laois, it will be robbed.

At least that’s the conclusion drawn by some community groups, who are repeatedly frustrated by thieves ruining their efforts to enhance towns and villages around the county.

In Portarlington, flowers are constantly stolen from colourful tubs and planters, ruining the work of Tidy Towns volunteers.

Now they’re even stealing stones from the walls in Abbeyleix, to the annoyance of residents and community groups.

Large stones and rocks in beautiful hand-built traditional walls in the heritage town are being removed, destroying their appearance and hours of hard work.

Posting pictures on the Abbeyleix Facebook page this week, administrators said: “If you spot anyone taking stones from our local walls, please report them to the local garda station. There have been a number of complaints.”

The frustrated Tidy Towns group in Portarlington says the ongoing thefts of flowers and plants are very unfair, not only on hard-working volunteers but on everyone in the town.

In a post on social media yesterday, the committee said: “Portarlington Tidy Towns are sad to report that a lot of the flowers that were planted in boxes and tubs around the town are being robbed. They are not being vandalised but robbed.

“This is so unfair on the rest of the people in the town that want to be proud of their town and to see colour on our streets and enjoy the summer flowers. The council have planted these for us to enjoy as a town and not for individuals to be selfish and care about no one but themselves.

“Please, whoever it is, stop and leave the flowers alone and let us enjoy them. Don’t rob our summer.” 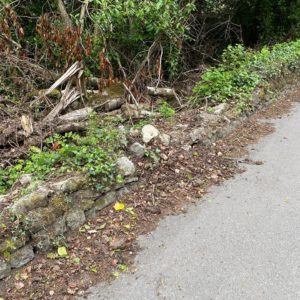 Thieves are stealing stones from traditional hand-built walls in Abbeyleix