LEAVING Cert students at Mountrath CS gave their verdict to the nation on RTÉ One television last night, after successfully navigating the first day of their exams.

Education correspondent Emma O’Kelly visited the school yesterday, where she spoke to principal Siobhán McCarthy and a selection of students about the first day, which featured English Paper 1 and Home Economics.

The Mountrath students, who appeared on RTÉ News at 6pm and 9pm, were happy with the papers and relieved to have the first day over. There was an overwhelmingly positive response to the English paper at the school, where 140 students are doing the Leaving Cert.

Delighted student Frankie Ward told RTÉ: “This morning I was so nervous about the whole thing. But when I went into the exam, my stress levels went down because there was a longer time to do shorter questions, so I was more relaxed.”

Caoimhe Russell agreed, as she commented: “Because we didn’t have to answer as many questions, we were calmer going in. The questions were not as difficult as I expected them to be.”

Their classmate Esther Abkinborewa also said she felt quite relaxed, as she told RTÉ: “I was kind of at ease, because we had the predicted grades to fall back on. We also had more time to do the questions, so we had more time to think about what we wanted to write down.”

Principal Siobhan McCarthy, who is due to retire this summer, said that there would normally be 118 students doing English paper 1. Instead, under the new rules, 68 registered and 44 turned up to sit the exam. Out of 18 Leaving Cert Applied students, four opted to sit the exam.

The report from Mountrath CS can be viewed on the RTÉ player. 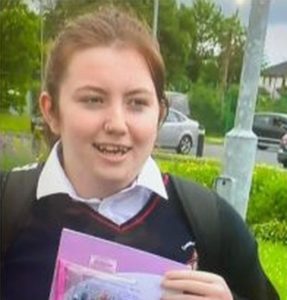 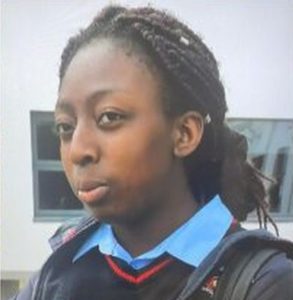 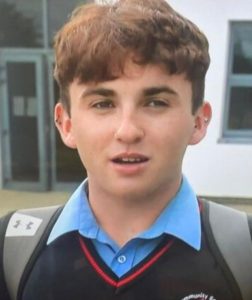