20 Laois people made homeless in just over three weeks 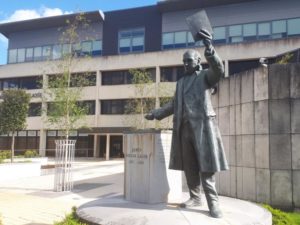 TWENTY people, including children, became homeless in Laois in just over three weeks.

The families and single people contacted Laois County Council because of homelessness in April and May 2021.

Latest council figures show that 20 people joined the housing waiting list in the 25 days between 17 April and 12 May, after presenting as homeless. They included one person who needed immediate emergency accommodation.

The latest figures bring to 64 the number of people who have contacted the council due to homelessness since the start of this year.

Meanwhile, 86 people across the county received permanent homes from the council between 1 January and 18 May, divided between new or existing council houses and homes provided by approved voluntary housing bodies.

Chief executive John Mulholland told the latest council meeting: “So far this year, 86 people have received keys to homes and the number is increasing every week.”

The number of people on the county’s waiting list for housing stood at 864 in mid-May, while there were 966 people on the housing assistance payment (HAP) renting scheme.

More than 730 new houses are currently planned, under construction or completed across the county, as part of the Rebuilding Ireland construction programme.

Completed houses include 22 in Ballymorris, Portarlington; six in Shannon Street, Mountrath and six on Main Street in Borris-in-Ossory.

The county council is also in discussions with approved housing bodies regarding the provision of 509 housing units across the county, made up of 310 in the Portlaoise municipal district, 111 in Borris-in-Ossory/Mountmellick and 88 in Graiguecullen-Portarlington.