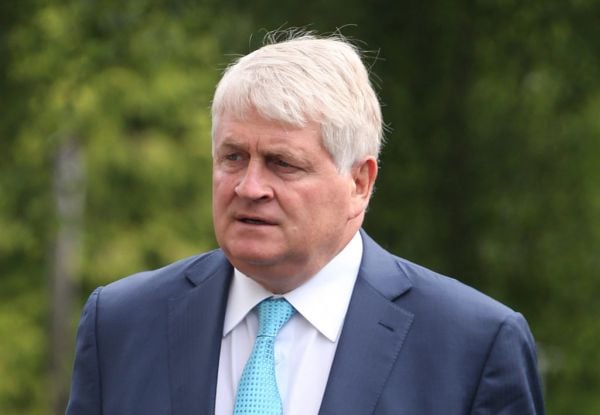 Denis O’Brien has won his appeal over a judge’s refusal to order Red Flag Consulting public relations firm to disclose to him certain documents for his defamation and conspiracy action against the firm.

The three judge Court of Appeal on Friday overturned a High Court decision that Mr O’Brien was not entitled to discovery of documents relating to Red Flag allegedly briefing politicians, their parliamentary assistants, servants or agents with material adverse to the interests of Mr O’Brien, including documents relating to or evidencing the purpose and/or motive for such briefings.

The documents are relevant to the issues pleaded by Mr O’Brien and the High Court erred in principle in refusing to order discovery of this category, Ms Justice Aileen Donnelly said.

Mr O’Brien’s claim of conspiracy was not “a bare assertion” and was supported by relevant contacts between certain Red Flag defendants and former TD Colm Keaveney, she said.

The High Court erred in describing this category as “overbroad” and nor did the application for the documents involve an element of “fishing”, as was asserted by Red Flag, she said.

The court also dismissed a cross-appeal by Red Flag concerning the time limit – from January 1st 2014 to December 31st 2015 – to apply to such discovery.

Ms Justice Donnelly said the two-year time limit for discovery was not particularly onerous on Red Flag and there was no obvious error in principle in the High Court judge’s exercise of her discretion in fixing that limit.

Based on its findings, the COA allowed the appeal by Mr O’Brien, and dismissed the cross-appeal by Red Flag, concerning certain discovery orders made by the High Court in July 2020.

Ms Justice Donnelly, with whom Mr Justice Seamus Noonan and Mr Justice Donald Binchy agreed, said Mr O’Brien appeared entitled to his costs of the appeal and cross-appeal against Red Flag but the latter has two weeks to provide submissions if it wished to argue otherwise.

The appeal arose from amendments by Mr O’Brien to his claims made in marathon litigation dating back to 2015.

Mr O’Brien is suing Red Flag and a number of people who worked for it over the contents of a dossier which he says Red Flag prepared on him in an effort to injure his commercial and business interests. He is also suing businessman Declan Ganley whom Mr O’Brien believes commissioned Red Flag to prepare the dossier.

The defendants deny the claims.

Mr O’Brien received the dossier on a USB stick which was delivered anonymously to his office in Dublin in 2015.

Pending the trial, the O’Brien side sought information in the possession of Red Flag which he alleges shows hostility and ill-feeling by the defendants towards him and that there was a campaign of briefing politicians and journalists with material adverse to his interests.

Michael Cush SC, for Mr O’Brien, had argued there was evidence to show hostility in texts which went between one of the Red Flag defendants, Karl Brophy, and former TD Colm Keaveney.

It is claimed the texts related to asking Mr Keaveney to set up an allegedly clandestine meeting between former assistant secretary in the Department of Finance, Neil Ryan, and then leader of the opposition, now Taoiseach, Micheál Martin.

It is claimed this meeting was to discuss Mr O’Brien’s private banking affairs in particular in relation to his loans and the sale to him of utility services company Siteserv by IRBC which Mr O’Brien says was overseen by Mr Ryan before it went into special liquidation.

In relation to documents connected to the alleged encouraging of disclosure of information by Mr Ryan, on the basis of communications between Mr Keaveney and Mr Brophy, the High Court had held Mr O’Brien had made out a stateable claim and granted discovery of that category.

Red Flag got discovery orders concerning documents from the O’Brien side which he says showed hostility and ill-feeling towards him and concerning Red Flag’s alleged briefing of politicians.