Portlaoise Court: Man who stole car and wrote it off sentenced to 10 months imprisonment 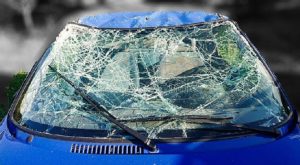 Photo for illustration purpose only

A young man who stole a car from outside the East End Hotel in Portarlington and drove it to Dublin where it was smashed up to such an extent that it was deemed a write-off was given a 10 month sentence when he appeared by video-link at a recent sitting of Portlaoise District Court.

The court heard that the 20-year old defendant had 74 previous convictions and is currently serving a three and a half year sentence in Mountjoy Prison.

He pleaded guilty to the unauthorised taking of a vehicle from Main Street, Portarlington on 6 January 2020.

Garda Sergeant JJ Kirby said that at 6.50pm that evening gardaí received a phone call about a car being stolen from outside the hotel. CCTV identified the defendant and two others taking the car. He said the car was recovered in Clondalkin with its windows smashed in and written-off.

Defence barrister Suzanne Dooner said that her client “has very little recollection of the event. He was under the influence of cannabis and tablets at the time.”

Judge Catherine Staines noted: “It’s a very long sentence that he is serving for such a young man his age. This is a serious charge. The lady who you took the car from probably had to save up to buy it.”

She went on to impose a 10 month sentence to run concurrently with the one Mr Carroll is serving at present.