‘Romance fraud’ in Laois should be reported quickly 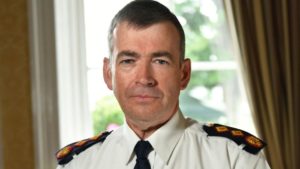 ROMANCE fraud and other scams should be reported to gardaí without delay, Garda Commissioner Drew Harris told a meeting in Laois this week.

The garda chief stressed that immediate reporting of phone and online fraud, including romance or investment scams, gives people a much better chance of recovering their money.

“Considerable sums of money are embezzled and stolen from people through online frauds, including investment fraud and romance fraud,” the garda commissioner told the latest meeting of the Laois Joint Policing Committee (JPC).

Attending the meeting virtually, Garda Commissioner Harris said there has been a worrying rise in phone and online fraud and early reporting is key to successful garda investigation.

He said: “We investigate these frauds and we have an excellent relationship with the banking industry, so we have had a lot of success in retrieving at least some of the money. Money takes time to travel through the banking system, so we would encourage early reporting of these frauds so that we can interrupt the flow of money.”

Victims of romance scams believe they have met their perfect match online but the other person is in fact a scammer, using a fake profile to build a relationship. They slowly gain the victim’s trust, with a view to eventually asking them for money.

The extent of the scam is not fully known because many victims are too embarrassed to report the fraud to gardaí.