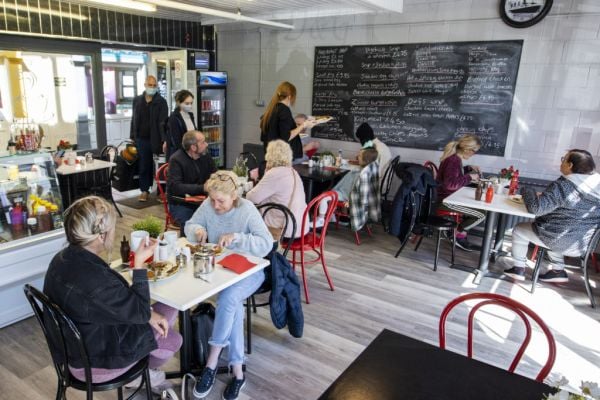 The Government should consider allowing the fully vaccinated population to resume aspects of normal life while the vaccine rollout for younger people is accelerated, one of the State’s leading scientists has said.

He pointed out that Ireland now has about 40 per cent of the adult population fully vaccinated and said that percentage “could fill a lot of restaurants safely”.

He stressed, however, that one issue might be that staff working in hospitality “tend to be younger, so they would be slightly at risk if they are not vaccinated”.

He said opening the country to the fully vaccinated coupled with targeted rapid antigen testing could have benefits.

He noted the vaccine programme had contained the pandemic and broken the link between infection and hospitalisation and said the key now was to prevent transmission. “Right now the issue is not around hospitalisation, it is among transmission among younger people,” he said.

He said younger people should be offered either the AstraZeneca or the Johnson & Johnson vaccine. He noted that while there were serious clotting incidents linked to both vaccines among younger cohorts, the numbers were “very small, one in a million, [and] I think the benefits outweigh the risk.”