Fr Paddy Byrne: Don’t judge others before you know them 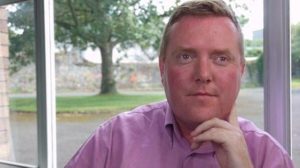 ***A 24-year-old boy looking out from the window of a train shouted: ‘Dad, look the trees are going behind!’ Dad smiled and a young couple sitting nearby looked at the 24-year-old’s childish behaviour with pity. Suddenly he again exclaimed: ‘Dad, look, the clouds are running with us!’

The couple couldn’t resist and said to the old man: ‘Why don’t you take your son to a good doctor?’

The old man smiled and said: ‘I did and we are just coming from the hospital. My son was blind from birth, he just got his eyes today.’

Every single person on the planet has a story. Don’t judge people before you truly know them. The truth might surprise you.***

Some important lessons can be learned from this, not the least of which has to do with where we see truth, goodness and God. We need, today, some correctives, since we live in a culture which, not unlike most cultures in the past, scapegoats some persons to the benefit of the others and then identifies God and holiness with those who have created the scapegoats.

God is not to be confusedly identified with the myths of success, power, glamour and popularity. Never confuse God – or what is holy – with current cultural religion which, antithetical to Christ, worships the included, the glamorous, the ones who aren’t shamed and ridiculed and the ones who seem important and indispensable.

The God of our culture and the God that is preached in so many of our churches is not the God who dies on a cross, is hated, spat upon and is excluded and scapegoated out of ignorance. No, our culture does not worship a crucified God. The God Jesus revealed is still, in our very own culture, excluded, mocked, scapegoated, made expendable and often killed, mostly in the name of God and truth.

WHERE DO WE SEE THIS?

Our own culture, like every other culture past and present, creates a category of persons that it deems expendable and then subsequently victimises through exclusion, ridicule, scapegoating and often through actual death. The ones who constitute that category shift slightly from time to time, but there is always a common denominator: it includes always those who are the weakest.

Thus, for instance, our culture marginalises and scapegoats the sick, the poor, the handicapped, the unborn, the unattractive, the non-productive, the aged. These we deem expendable and subsequently take away full status within the human race. Worse still, we identify God and holiness with those who are doing the excluding, as for instance the ruling party. But this is antithetical to true religion and true wisdom.

True Christianity knows this. It worships the scapegoat – the one who is surrounded by the halo of hatred. Populist mantras such as ‘building walls’ seriously challenges what true Christianity is about.

May values of tolerance, inclusion and compassion represent the Gospel message of love and forgiveness.