Portlaoise Court: Man under threat didn’t realise it was the gardaí following him 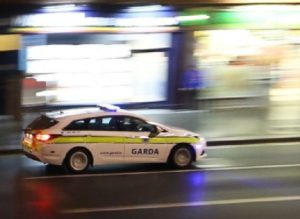 A man who drove through Mountrath at a speed of 100km/ph believing he was being chased by someone who he is under threat from appeared before Portlaoise District Court recently for dangerous driving.

He pleaded guilty to the offence which took place at The Square, Mountrath on 29 January last year.

He said the 26-year old defendant had no previous convictions.

Defending barrister Suzanne Dooner said that on the night her client “thought that he was being chased by someone he is under threat from and didn’t realise it was the gardaí following him.”

She said that the defendant was now living at another address in Dublin.

Judge Bernadette Owens convicted the defendant of the offence, fined him €200 and disqualified him from driving for two years.