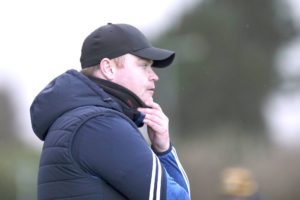 Laois minor football manager Mark Bates got a tremendous during the week and it was reflected in the team he selected to take on Louth in today’s Leinster quarter-final.

Initially it looked like the manager would have to plan without vice-captain Jack Byrne and Cathal Lee after both had been sent off in Laois’s previous game against Wexford.

Byrne’s first half sending off was appealed and video evidence supported that appeal. Just prior to half time in the Wexford game the Graiguecullen player was fouled with the referee a free. However the linesman called to the referee and following a brief discussion the decision was reversed and Byrne was red carded.

It became apparent that the officials had made their decision as they deemed Byrne guilty of headbutting or attempting to headbutt a Wexford player. However, based on the video of the event Byrne was cleared of any wrongdoing.

But Bates was forced into making one change to the team with Lee missing out through suspension following his second half sending off against Wexford. He is replaced by Ballyroan Abbey’s Patrick Whelan.

The Laois team is –